How Your Support Makes a Difference 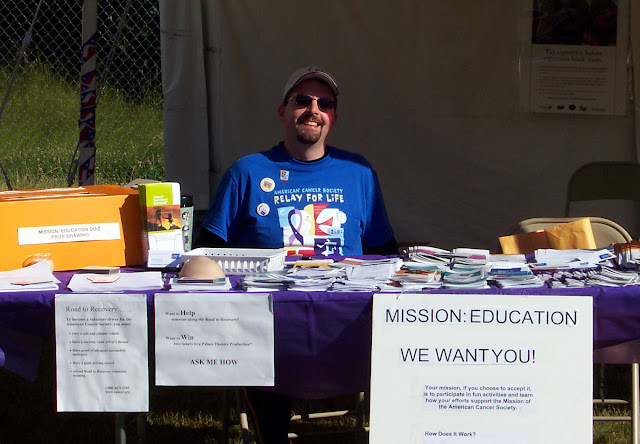 ( Education is a big part of engaging people to fight back against cancer. )

One person can make a difference. It helps if that person has lots of other people backing and supporting them, but fighting back starts with a single individual and the hope of being able to make an impact. This is the fifth part in an ongoing series about fighting back against cancer. Check out installments one, two, three and four.

Last week I thanked a lot of people for supporting me. I always get a huge shot in the arm from the support I get each year when I go around banging on doors for donations to Relay and Making Strides. Without that support I would not have been able to accomplish even a small part of what has been attributed to me in my Mass General One Hundred profile (the last week reference for new readers). It started with me and my personal story, but now there is an army of us fighting back. 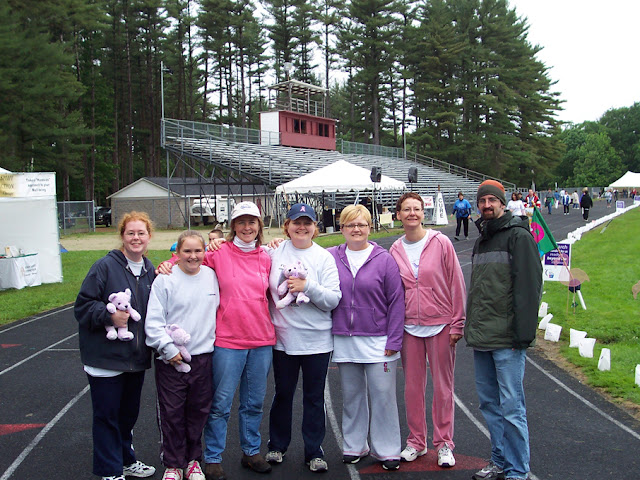 ( Just some of the people who deserve my thanks. )

I want to help others make a difference, and to know exactly how they are doing that. Have you ever wondered where your donations go? I don’t often get asked how the American Cancer Society uses the funds we raise, but in fairness I frequently include information about where the money goes when I request support. I want people to know what they are part of and exactly how their support is making a difference.

The basic facts I try to lay out for supporters are these: 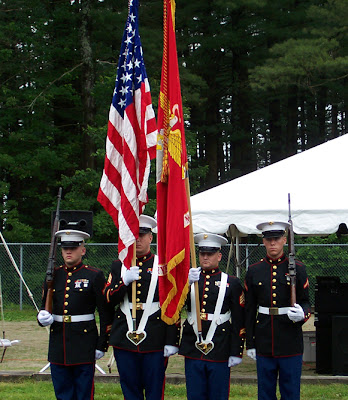 ( While we are celebrating, remembering and fighting back we also honor those who risk their lives to defend the freedoms we enjoy. Marines get cancer too and being their for them is a way to pay them back. )

How we doing so far? Do you feel like your dollars are in good hands? Let’s take a close look at how some of the money raised in New Hampshire in 2011 was used:
Are you still with me? Those are some pretty incredible stats. And that is just in NH, and just for one year.  If you think about the states in New England with larger populations and more funds raised annually it is quite clear that our efforts are making a significant impact throughout the region. 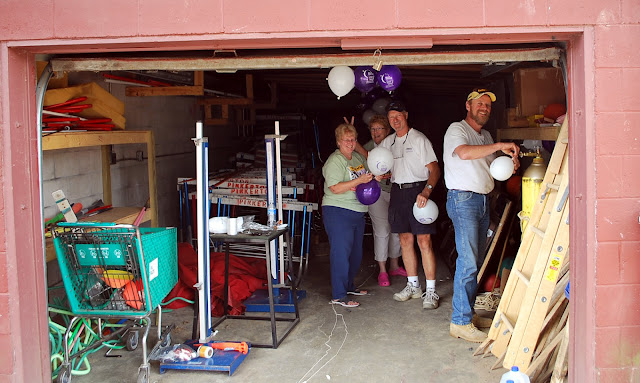 ( Organizing a Relay takes a lot of volunteers. I help setup every year! )

From all of New England Relay For Life events we raised nearly $24 million dollars in 2011! Some quick math on the back of the envelope says that as a region we raised over 6% of the total raised through Relay nationwide each year. That 5% is from six little New England states. We roll, and we roll hard! Hey cancer, we’re coming for you! 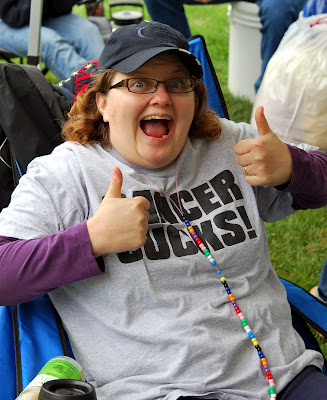 ( Margot clowning around in the morning. Her mix of business
and fun is a great example of how to make a difference. )

I need to get serious and a little less lively for a moment. There are organizations that get better ratings (and many with much worse to be fair) than the ACS on how they spend their money, their affiliations with the pharmaceutical industry, assets in the bank, etc, etc. I’m not ignorant of any of that and won’t argue the points with anyone. The bottom line is that I want everyone to get involved in something and that means making a choice. The choice that I made (with the support of my family and friends) was to support the American Cancer Society. This choice was based on both how the money is spent AND the ability to get directly involved in our communities. We are making a difference and we are doing at home where we are best able to be involved for the long term. We made a reasoned and informed choice and that choice has allowed us to make a huge difference. 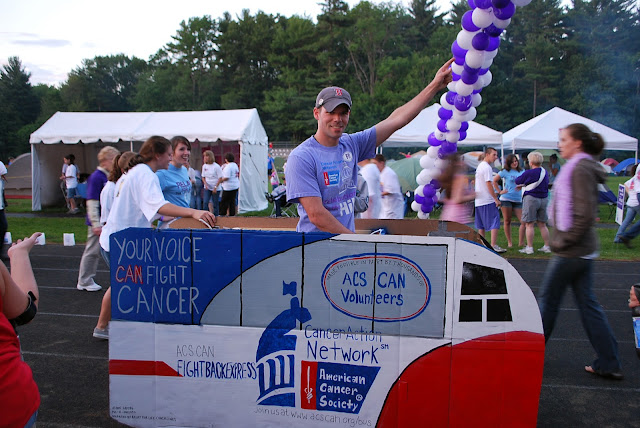 ( Advocay is another big part of the fight. The ACS Cancer Action Network gets involved in shaping policy and holding government accountable for their obligation to fund this battle. It's our money and we have a right to see it go where we think it can make a difference.

Research is the other area where funds raised by the American Cancer Society are used.

As of April 2012 the breakdown of active ACS research grants (140 grants to 31 institutions for a total of $60 million) in New England was:
New Hampshire sees a nice share of research funding and with good cause. Some of that funding goes to Dartmouth Hitchcock and the NorrisCotton Cancer Center, nationally recognized as leaders in cancer care and research. I am always proud to know that my support of the ACS funds jobs and research in my own state, and research that undoubtedly will result in breakthroughs that will reduce suffering and save lives. 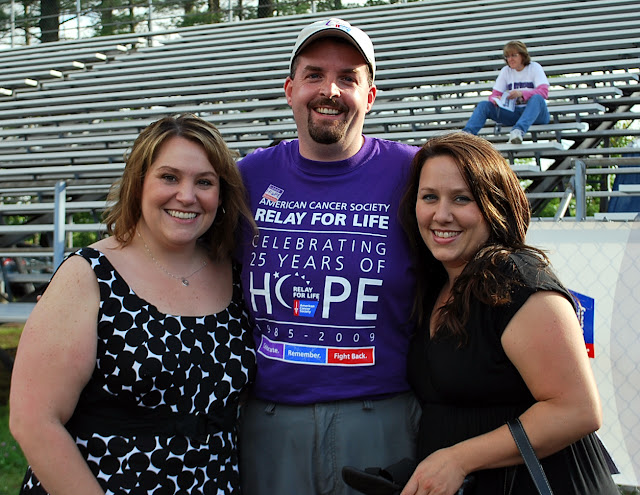 ( Two more people who deserve thanks for busting their asses in this fight year after year. )

May it not be said that one person raising one dollar at a time can’t make a difference. I know this isn’t true, because I’m doing it. And you are helping me. That makes you a hero. You may never meet the people who have been directly affected and feel that way, but trust me, they are out there. You should be proud of that. Tell your family, tell your friends, and then ask them if they would like to support the cause as well. I owe you a hug or a handshake and don’t be afraid to ask for it when you see me. I am truly grateful for the support and I would not be the person I am today without it. 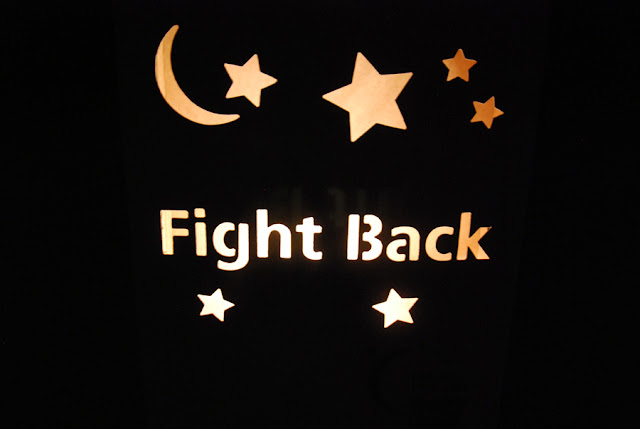 ( We celebrate, we remember but most of all we FIGHT BACK! )

I’d like to thank Brigit Ryan at the local American Cancer Society office for helping me with the information provided here. I met Brigit six years ago and she has been a vital partner for me, my team and many of the Relays in the state of New Hampshire. Fighting back is hard work and Brigit is always there to help figure out how to make the best use of the resources we have available to do that. Her tireless work in the battle against cancer is a key part of our mutual success. I asked Brigit to share something she thought new or potential supporters of the American Cancer Society should know about how their support can help. This is what she said:

“You really are going to be making a difference in someone's life. Whether it is to help a patient get to treatment or to get a mother a wig so that her children are not scared about her head being bald, your support makes a real difference. From information for a college student away from home after learning that her father has been diagnosed with cancer (accessed by calling 800-ACS-2345 24 hours a day) to dollars to fund a researcher who is just starting off and has an "idea" that leads to the cure! Your support will make a real difference. “

In closing I ask for your support. Every dollar counts. Whether it is $5, $20 or $50 we need every dollar we can muster in this fight. Your tax-free donation can be made directly from my event page online.

Thank you so much for taking the time to read my story and supporting the battle against cancer. We are here, we are fighting and we will win. WE MUST HAVE HOPE!