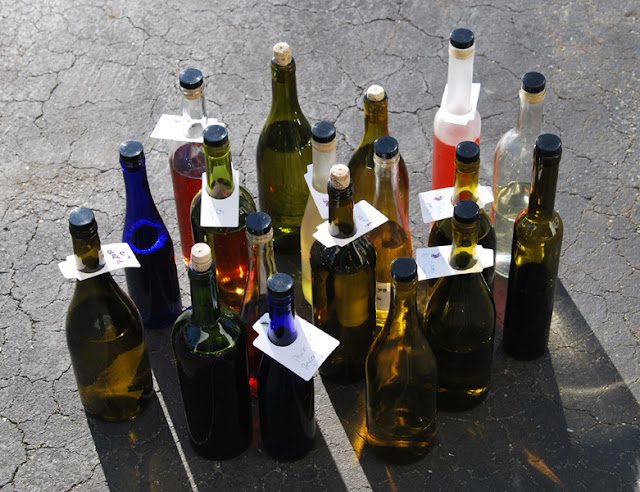 ( Research leftovers. Read on for an explanation. )

Since 2008 my wife and I have entered our wines (and more recently beers, ciders and meads) in to several national, regional and local amateur competitions each year. The format of the competitions differs a bit depending on the host organization but the majority are executed using judging protocols like those from UC Davis, the American Wine Society or the Beer Judge Certification Program. We began doing this as a means to get objective feedback on our wines. We love to win medals, but the feedback we get teaches us things about our wines that we may not get anywhere else. No matter what great things our friends and family might say about our juice, it won’t ever be as objective as the feedback from an anonymous judge who tastes our wines blind. The feedback we have received, both good and bad, has been immensely valuable in directing our focus on improving our creations. The outcomes are still governed partly by luck (quality of product differs years to year, my personal attention span isn’t consistent, you get the point) but the feedback always gives us something to consider the next time we get ready to make something new. 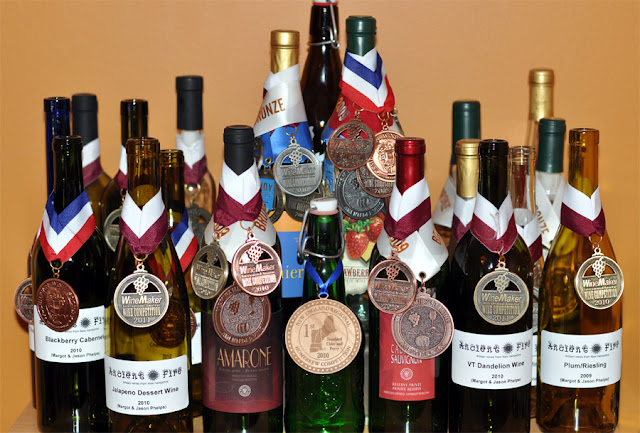 I’ve gotten more objective about the resultant quality of my products over the years as well, and some fans think I might too harsh at times. This self imposed pressure is my way of trying to keep my head in the game. This isn’t all I need to make a good wine or beer, creativity and quality ingredients are also required, but some amount of ruthless self criticism is just part of the equation for me.

Prior to each competition we obviously need to determine what we are going to enter. Bottles that have won in prior editions of the same competition are excluded, this is often in the rules although cheating is common from what I understand, and products that are just too young are also disqualified because they typically get judged as such. As we have gotten more serious about the quality of our entries we have taken to pulling bottles of everything we think might make the cut, opening them and giving them a good once over. We are looking for high clarity, good color, bountiful aromas, discernable flavors and of course balance. If a wine (or beer,cider and mead) doesn’t have enough of the combination of these facets we won’t enter it. It could still contend, but since entering competitions costs money and requires at least one bottle to be surrendered, it isn’t worth entering wines that you don’t feel are truly worthy. We just drink those. And if they truly don’t merit, meaning they suck, we might parlay them into sangria, use them for marinades or dump them.

This year we ended up opening more than two dozen bottles in our search for wines and meads that we thought would show well in the WineMakerMagazine Annual Competition, the largest amateur competition in the world. We have placed in this contest every year we have entered, four years running. We ended up selecting only twelve (we have an entry limit of fifteen) bottles, feeling those were the real contenders and thus worth the money. Here is a rundown of both the wines that made the cut, and those that didn’t and little something about why. 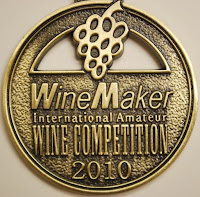 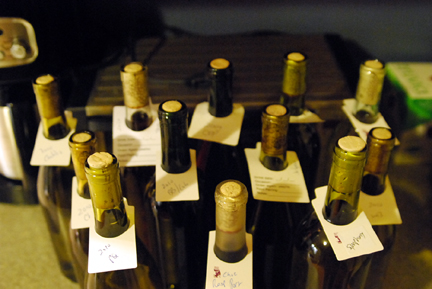 ( Entries for the 2010 WineMaker Magazine Competition. Huge recognition with 9 medals that year! )

Nope!
One wine that we didn’t open is our 2010 Cabernet/Syrah, and as I drink a glass while I write this I am wondering if we might have missed one. It isn’t a big wine, more European in style, and has a moderate nose solid flavors, chewy tannins and a healthy does of acidity. This is at the top of the list for the next competition! 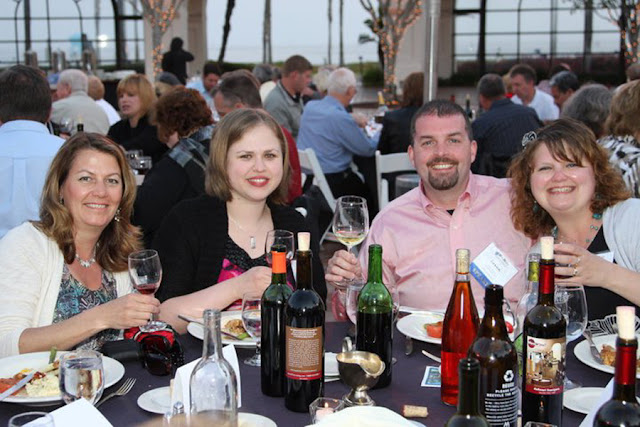 Several wines from 2011 were too young to enter, but are coming along nicely and will see themselves in the ring in 2013.
The above list doesn’t include the fresh juice Amarone and Zinfandel we made in the fall of 2011 that have not yet even gone into the bottle.

While the effort we went through might seem fun, it really was hard work and required my wife and I to be brutally honest with each other and ourselves. I am really happy with the selections we picked and can’t wait to see what turns up our first medals of 2012 in June when the results are announced. No matter what I have improved my own ability to judge my wines and am looking forward to the feedback these wines bring.

Well--perhaps you didn't ask politely enough or ply me with enough alcohol. You know how I get more accommodating with a few more glasses (or bottles) of wine...