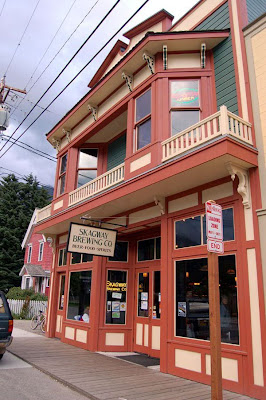 I’ve always loved brewpubs and beer bars. Something about the random sampling you might be able to do as the beers rotate from one batch/season to another. If the menu moves along with the beer, all the better! The people we have met on every occasion have been fun and added to the experience. It’s choose-your-own-adventure for adults.

When I travel somewhere (I should say we because is almost always applies), we plan to hit at least one brewpub or beer bar. Beer samplers, fried appetizers and other pub food is an excellent way to settle into a new location, even for a vacation.

Over the last couple of years I have captured many of the stops in my blog, most often with pictures of the beers, the bars or the smiles from the adventurers. A picture is worth a thousand words, and you can spare yourself the thousand words if you don’t care to click on any of the links in the photo journey below. There’s a lot of beer reviews in there though, and you’ll be surprised at some of the flights from the November 2011 San Francisco trip in particular. I valiantly took it for the team and tasted through more than 30 beers in the few days I was there. That’s killing it!

Montreal is the king of the brewpub adventures for us. We hope to do a crawl there once a year for a fourth year straight real soon. 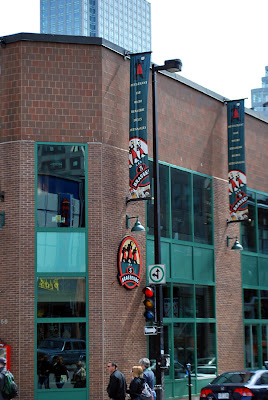 Les Trois Brasseurs is a chain pub, but the beers are good and the flatbread pizzas and burgers are offered with lots of different toppings and styles. 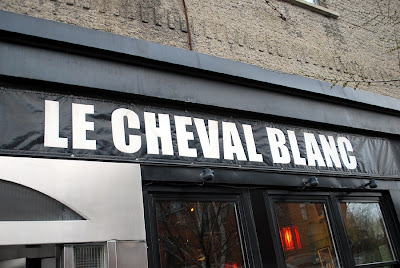 Le Cheval Blanc had a mean cask IPA made with Warrior hops. 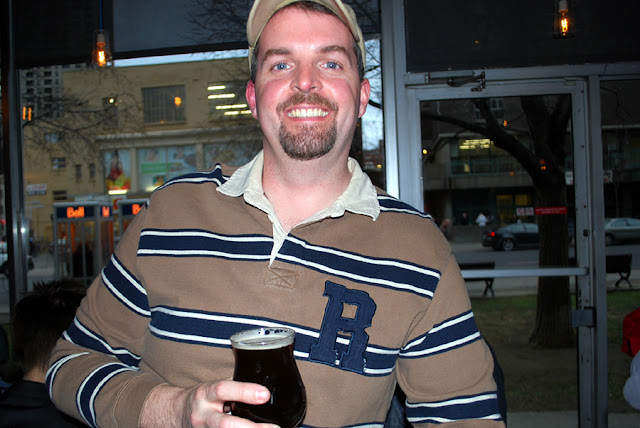 Benelux was a fun joint to hang at. After work crowd, vault room in the back. Great chips and pannini. Tasty beers, Moon Boot was a a very flavorful Belgian beer. 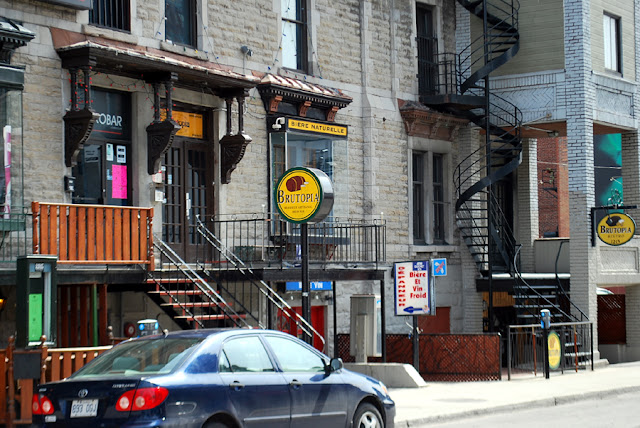 Brutopia appears to be a dive, and on Crescent Street some places struggle to keep ahead of the foot traffic that causes it. Great dark, high ABV beers. 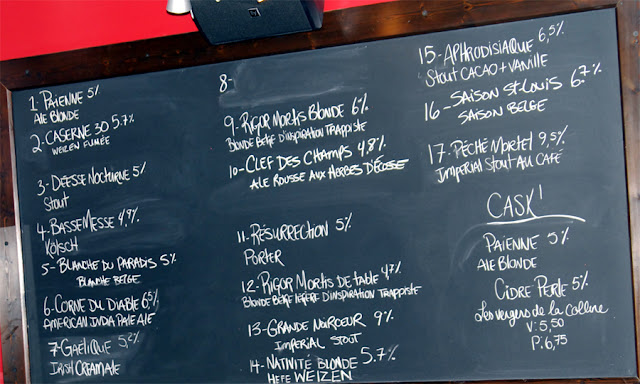 Our most recent crawl included Dieu du Ciel who make many of my top Montreal beers. 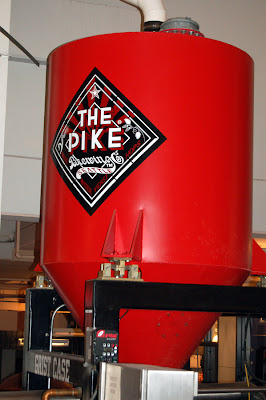 Margot and I have enjoyed drinking in Seattle twice, both times at The Pike right in the Public Market. So many beers, great pub food and the staff is always hopping. 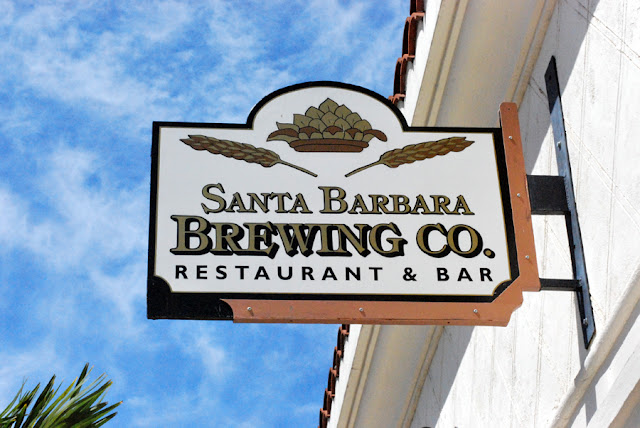 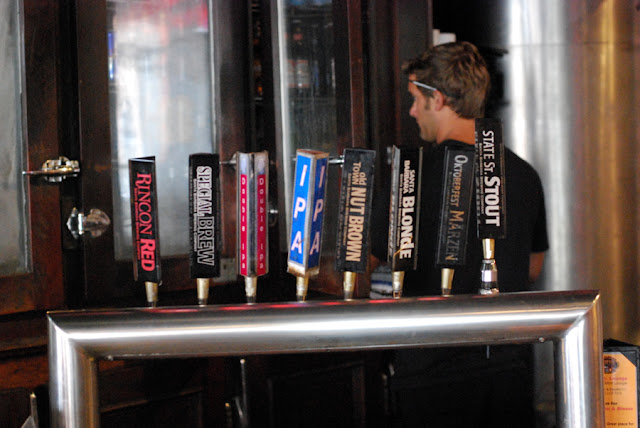 In Santa Barbara, CA at Santa Barbara Brewing Company we had parmesan flavored French fries and an orange Wit style beer that inspired a homebrew of our own. 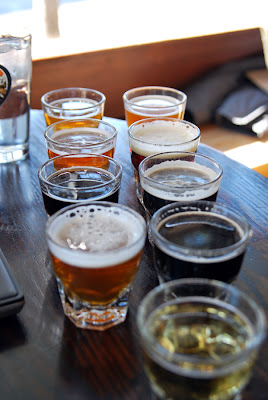 The San Francisco trip I took in November was a commando mission and a blast.  I started at 21st Amendment that serves a Brew Free or Die IPA. How New Hampshire of them… 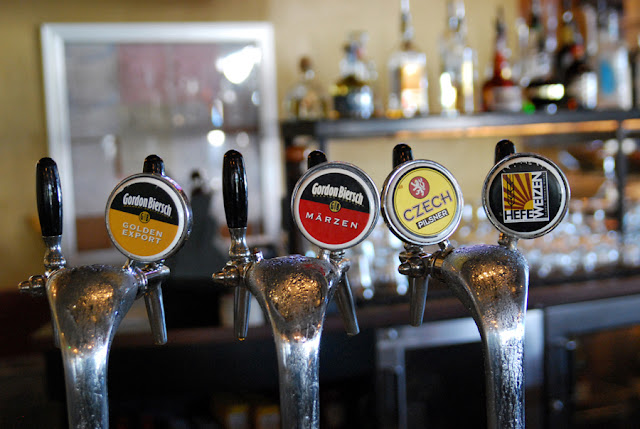 I hit my first Gordon Biersch on the same trip. The European style beers were well made and full of character. 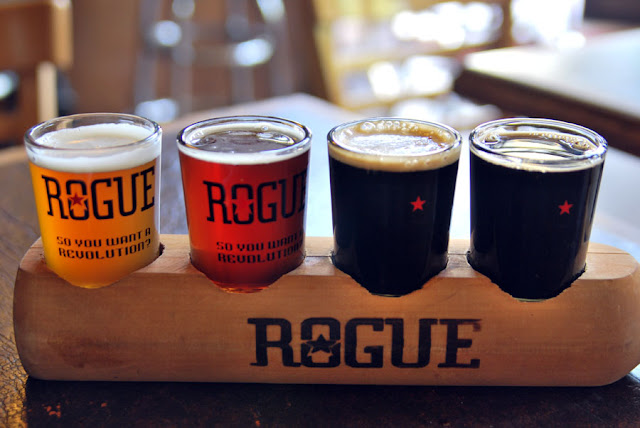 I set out on a one night binge to hit 3 different bars before switching to wine by visiting Sonoma. First up was Rogue.I know Rogue is from Oregon, but the joint has a killer beer list, including their own. I killed two-4 beer flights at this first stop and then walked to Fisherman's Wharf. 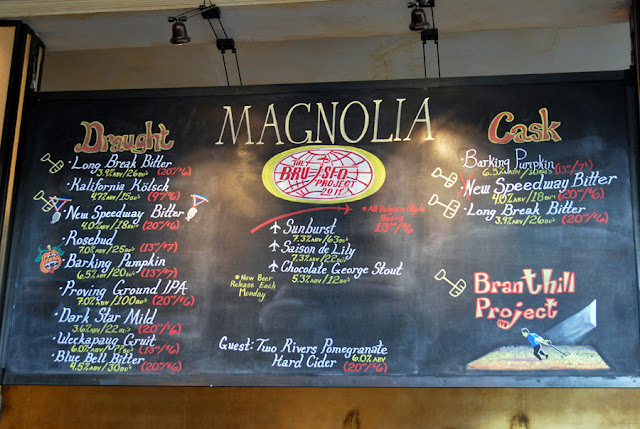 I hit Magnolia next and had the best random person experiences of the whole trip at the open concept bar. I was there for several hours and ended up hanging with the some beer geeks and two different groups of folks either going to or performing in live shows later than night. 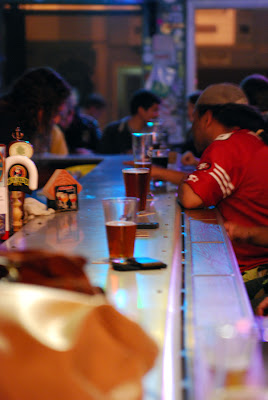 I finished up the night at Toronado drinking IPAs from the West Coast. 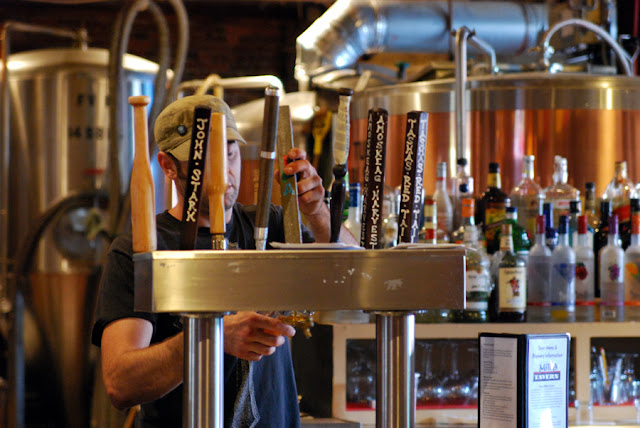 Milly’s Tavern in Manchester, NH is one of the closest to home. We have also visited Martha’s Exchange, Portsmouth Brewery, and Strange Brew. 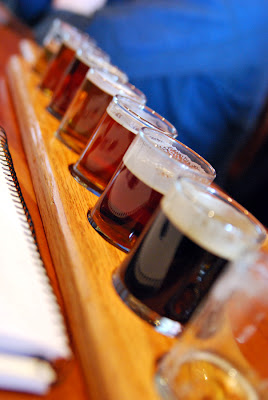 Portsmouth Brewery is the best brewpub in the state of NH, but I am betting there will continue to be competition as local interest in craft beer continues to grow.The food is tasty, it is always busy and the beers are rotated often. 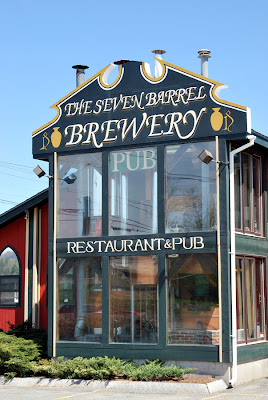 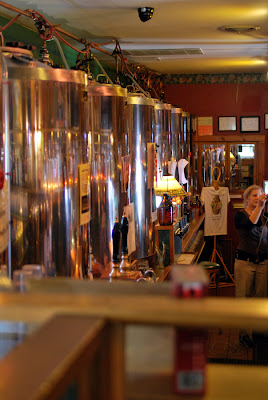 Seven Barrel Brewery is right on the NH/VT border and convenient from the highway on trips to say, Montreal. The food and beers are well made and varied. 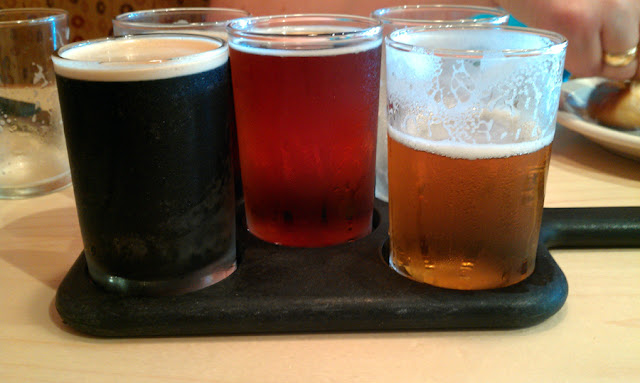 Sebago Brewing in Maine had just moved to a new location when we stopped in on a one day trip in the summer of 2011. 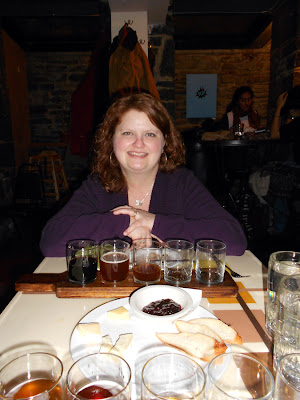 Margot and scheduled a stop to the Bandwagon Brewpub in Ithaca during a February 2012 trip to the Finger Lakes. We will be back in the region in June of 2012 and heading back at Bandwagon is on the list!

All this writing about vacations and beer is making me I was one vacation drinking beer right now. How about you?

Great article. I drag Melissa to all the Dogfish Head pubs when we visit Maryland. Brew pubs and beer bars are wonderful.