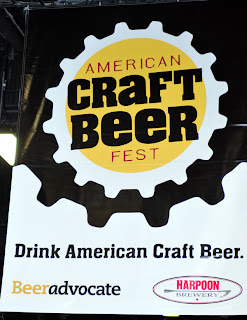 You read it everywhere these days. Craft beer is a revolution and it is blowing up. I couldn’t agree more. It has been this way for some time and the heights craft beer has reached are not at maximum yet. The American Craft Beer Fest (check the link for the full list of breweries and beers served) was held in Boston last weekend and the array of producers and styles securely confirms all that I have said.

I have pondered how to share my experience at the fest. I can’t share tasting notes on all 26 beers I tried because nobody is going to read a post that long. I decided to offer some highlights and a few pictures in an attempt to convey my considerable enjoyment and plans to track down many of these beers again, including those I didn’t get the chance to try!

Bad Ass Beers (this is my new category for beers that are just so bad ass good!)

Allagash Curieux – a Triple aged in bourbon barrels. The flavor influence form the barrels was intense and made this beer taste like a spirit.

Dogfish Head Olde School Barelywine – The concentrated flavors of dried fruits made me think of dessert wine instead of beer. This isn’t an everyday drinker, but was bad ass nonetheless.

Cambridge Brewing Citra Tripel – the fruitiness from the hops was incredible and got me thinking of how versatile this beer would be with different foods.

Goose Island Bourbon County Brand Vanilla Stout – this booth had the longest line and it was worth the taste. I liked the beer but could only see myself drinking it like port to finish a gourmet meal. It was very sweet and super nuanced, two things casual beers can’t have to be successful.

Ithaca Beer Apricot Wheat – there is no way you would miss the fruit in this one and the light wheat beer that backed it up was very refreshing. 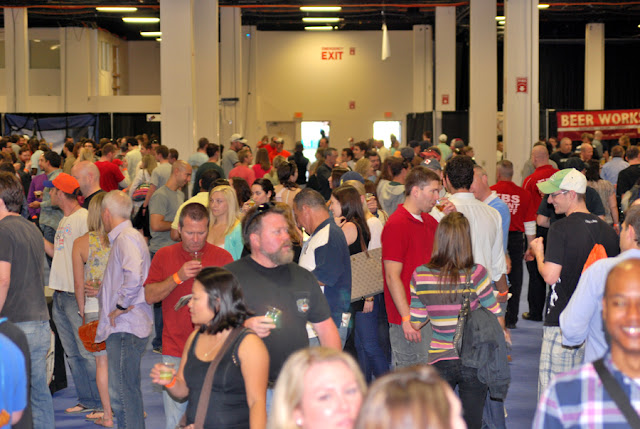 ( Early on it was slow, but it got busy! )
Surprises

Magic Hat Wacko – Made with beet sugar. It was tasty, but a big draw for me. The color made it stand out!

Narragansett Bock – Say what you will about ‘Gansett but their bock is a very respectable beer that I could see myself picking up to drink. 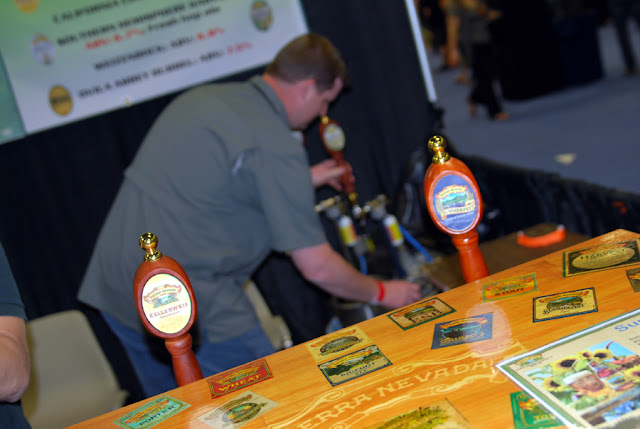 ( Pouring at Sierra Nevada. I had the Weizenbock which was in the spring bock style. ) 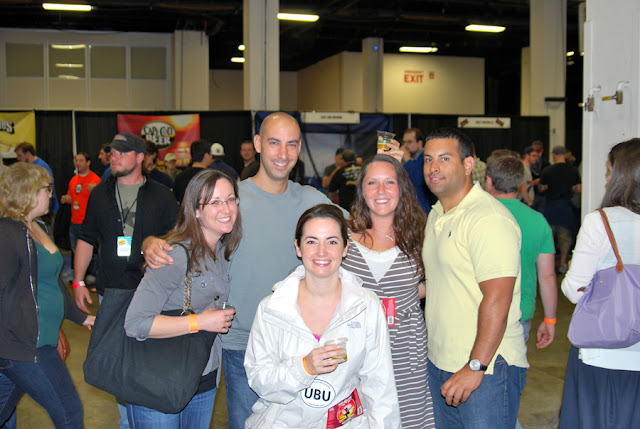 ( When I roll with my camera and notebook people often ask if I am a reporter. These guys were having a great time! ) 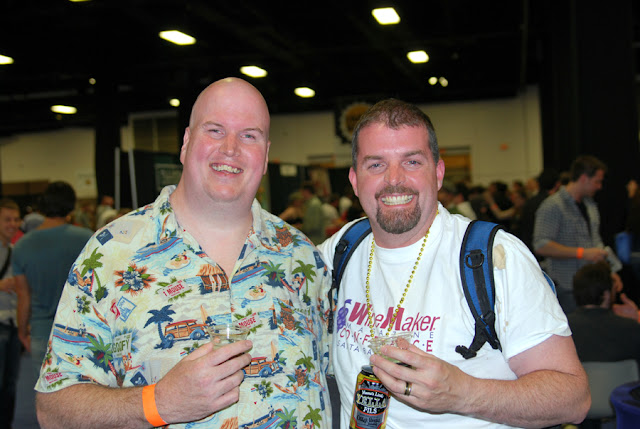 ( I enjoyed my ACBF time with my friend Rob. The friends of the guy taking the photo were making me piss! )
After this fest I look forward to the next one that comes along. There are always new beers to try from new and different places. ﻿It never gets old!
Cheers!
Jason
Posted by Jason Phelps at 10:04 AM

Doesn't that look like fun?? I love the names of some of the beers... truly creative. I would have enjoyed this tasting!! Glad you wrote about it, I've forwarded the post to my husband for some new inspiration!