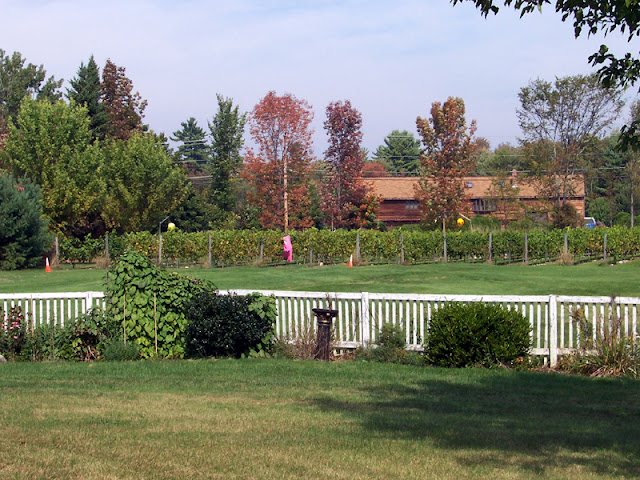 Wine in New England represents a broad range in both style and the places where they are made. Styles range from traditional table wines like Chardonnay and Merlot to wines made from cold-weather and hardy grapes like Cayuga and Marquette. You’ll also find fruit wines made from myriad local fruits, dessert wines, port style wines, sparkling wines, distilled spirits and really unique products like iced cider. Our wineries are located in all different types of settings from farm wineries situated on vineyard and orchard lands, to rural locations a bit off the beaten path, to suburban settings not far from the hustle & bustle, and at least one urban location. All together keeping it as diverse as they come!

With my ramblings above I’ve led you directly to first a product and then a winery that I think are great examples of unique wine character in New England. The product is Eden Iced Cider produced in West Charleston, Vermont, pretty far afield even for New England. The winery is Travessia Urban Winery in downtown New Bedford, Massachusetts.

Many ciders are included in the broad category of wine in New England because the alcohol content (10+% in some cases) is much more like wine than beer or typical hard cider. Eden Iced Cider in particular fits the wine category very well, and dessert wine specifically. The concentrated flavors, smooth, elegant textures and ice-wine character will grab you straight away.

I had the pleasure of trying three different Eden products recently, two of which were presented in our New England Wine Tasting event early in the month. The third product is the Eden Northern Spy Barrel Aged Iced Cider. As I mentioned in the wine tasting post linked above the flagship Eden Iced Cider product is an intense shot of apple with lots of nuance to work through. The aromas of baked apple flesh lift off the glass. The barrel aged Northern Spy version takes all of this a bit higher with more complex spices and a toasted undertone, both I presume from the wood aging. I had considered a pairing when I sat down with this bottle, sharp cheddar cheese from Vermont was my thought, but the drink alone kept my attention such that it was gone before I had broken out the cheese. I am presenting the picture of the bottle here, but sadly I forgot to take it before I emptied it, which would have given you a good idea of the deep orange/gold/brown color of the contents. You’ll just have to imagine what it looks and tastes like if you’ve never had it.

Iced cider is produced by freezing fresh pressed sweet cider, draining off the unfrozen portion leaving behind a good deal of the water present in the initial cider. The result is a concentrated apple cider with a sugar level 10-15 Brix higher than what is typical for grapes used to make dry wines. This concentrate is fermented slowly at low temperatures to produce a final alcohol content of between 8 and 11 % by volume with 12 to 15% residual sugar. From there it is stabilized, filtered and bottled like any other wine. The notable statistics on this product are that the final volume is less than ¼ of the starting volume of cider and that one 375ml bottle of iced cider requires 8lbs of apples to make!

From farms and orchards to city streets, you’ll find wine everywhere you go in New England. Travessia Urban Winery located in downtown New Bedford, Massachusetts represents the melding of an agricultural product, wine, with the urban lifestyle. New Bedford is a South Coast city in Massachusetts, not far from Rhode Island and the roads that head out on to Cape Cod. An urban winery is unique in New England despite the many large population centers we support, but is recognizable to those who have toured other wine regions, namely areas in California. I walked the Santa Barbara Urban Wine Trail earlier in the year and really enjoyed the mix of wine and city character.

For a small winemaking region it isn’t any surprise that there aren’t more wineries in urban settings, there are only about 100 hundred wineries in all of the six New England states! As time passes I am betting the draw to locate wineries and tasting rooms (maybe representing multiple labels) in population centers with public transit access will grow; lots of young potential patrons and access by tourists will and there are plenty of brewpubs and breweries already seeing the benefits!

Travessia focuses primarily on wines made from grapes grown in the state of Massachusetts, although not yet grown by the winery itself. All wines made from local grapes are 100% local, and wines made from grapes sourced outside the region do represent a share of the wineries total annual volume. Using this approach Travessia can produce local wines from locally available grapes, for which the quality and availability fluctuate year to year, and use out-of-region grapes to make wines so that a broad inventory is always available for customers. 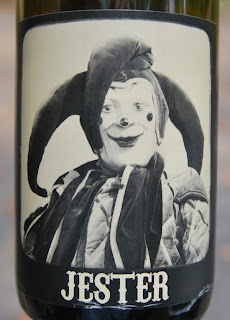 I’ve also had the pleasure of trying multiple products from Travessia recently. First was the Vidal Blanc (a local wine), a wine I’ve enjoyed at a number of tastings. This wine was also reviewed in the New England Wine Tasting linked above. The second wine was the Jester Zinfandel, a wine made from grapes sourced from California. This is a pretty big Zin, in that jammy Zin zone some are familiar with. Medium concentration with a dark ruby color, the nose exudes dark red fruits some spice and oak. Full bodied and seemingly sweet from the concentration of plum and black raspberry fruit flavors, this wine is supremely drinkable. There is just enough acidity and tartness to ensure this wine isn’t fat; keeping your taste buds primed for more. There is a hint of alcohol on the finish which is otherwise clean. As I understand it the particular vintage of this wine has been sold out for some time and that a new year will be going to bottle soon. I will clearly state that I am lucky to have found this at The Urban Grape in Chestnut Hill, and if you want it you better go running because there wasn’t much left.

Travessia is also part of the Coastal Wine Trail, a wine trail in one of the only three AVA’s located in New England, the Southeastern New England Wine Growing Appellation. There are nine wineries on the trail from Langworth Farm Winery at the western edge of Rhode Island to Truro Vineyards well into the journey out on Cape Cod.

So there you have it. Unique wine character in New England. As if you didn’t already think we were strange, this might seal that deal!

This week is Regional Wine Week, a celebration of lesser known wine regions and their wines. All week I will be sharing the wines of the New England region, my home base and my wine enthusiast playground.

Nice summation on the New England Wine Growing Appellation. Congrats, too, on the Foodbuzz Awards nomination!

Great write up. I enjoyed the cider portion especially.