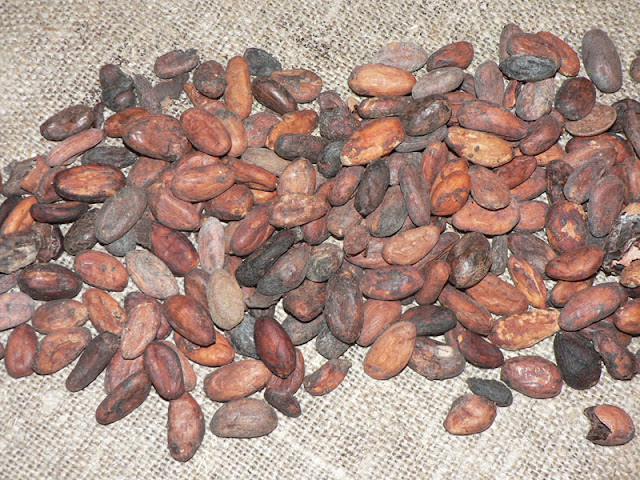 Last week Brian from A Thought For Food shared his recipe for Chocolate Chili Panna Cotta which is his entry in the A Chile & A Spoon Blogger Recipe Challenge sponsored by Marx Foods. Voting is no longer open. We got to sharing tweets about it and I mentioned a possible pairing with our homemade Jalapeno Dessert Wine. Brian was intrigued.

I got to thinking about it a bit more and wondered what adventure a recreation of the dish as a cocktail would take me on. The quest for the Chocolate Chili Panna-tini was on!

There are basic recipes for chocolate martini’s everywhere. Not being a favorite of mine I can’t recall ever actually making one. I opted not to consult any recipes to determine my starting ingredients/proportions as a test of my growing mixology intuition. I knew the challenge to create the richness of panna cotta was going to take a few tries which I’ll walk you through.

I started with the following for a base cocktail:

I chilled the ingredients down and shook them well before pouring into a rocks glass for testing.

The chocolate flavors were excellent, but I felt the drink was little thin. The heat from the wine didn’t come through as much as I wanted which was a suspicion I had when I started. I added ¼ tsp of hand-infused habanero vodka to create some heat and determined that would be a too much for some people, but spot on for folks expecting the cocktail to have heat.

For the next round I dropped the wine and added 1 egg white to the ingredients before shaking. I also extended the shaking time to encourage the egg to foam up.

This time the drink had more body and texture from the egg white and with the heat is definitely fun and a worthy homage to the dish that inspired it. You could use regular half & half or cream which would produce even more body in the drink. Both Margot and I feel that this cocktail isn’t a volume drinker. I would expect you would want to switch to something else after 1 or 2 of them, even without the chili vodka. As a novelty or celebratory drink however, it presents flavors sure to please!

The Jalapeno Dessert wine would definitely pair well with the panna cotta (we know because we have had it with chocolate cheesecake) because the heat is fairly low and it doesn’t build beyond a point that casual sipping is no longer possible. For that reason I think the wine will not likely be as worthy to cook with as we had hoped. Since it is drinkable though, nobody loses! In the end we didn’t use it but found other ingredients that functioned much like we expected the wine to.

I didn’t get any good pictures through the process and can only say that maybe this drink demands you enjoy it firsthand and shies away from the camera! The cocoa bean photo above is a Creative Commons Licensed photo that makes a nice rustic touch for a spicy chocolate cocktail kicked up with mole bitters.