What do Ben Franklin, pyramid building, duck ponds, disease prevention and the Discovery Channel have in common? Beer!

On January 30th, the Discovery Channel aired the show “How Beer Saved the World”. It is a an entertaining and educational look at how beer has been with us since we settled down and began organizing communities, and how if it wasn’t for beer our history would be something entirely different. Add the series BrewMasters to the mix and one conclusion is clear, the Discovery Channel loves beer!

In two previous posts I have shared my review of episodes 1, 2 and 3 of the series BrewMasters that provides an inside look of the Dogfish Head brewery. I have watched episodes 4 and 5 as well, with episode 6 still yet to air. 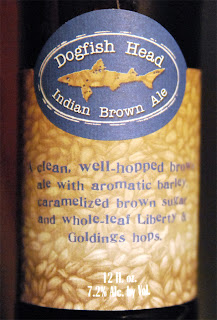 Episode 4 takes us to a location close to home for Sam, York Beach, Maine. We also find out where the name for the brewery comes from. Dogfish Head is the name of a street in Southport, Maine where Sam grew up. Sam tells us a story about being out on a walk with his dad, during a break from college, and having to answer a questions about how classes were going. They were going good, but he dropped the bomb that he wanted to be a commercial brewer. Looking up and reading a street sign in front of him, his dad proclaimed “Dogfish Head would be a good name for a brewery”, and the rest is history. Most good things start with a good story.
The main story in episode 4 is how Sam planned and successfully used scrap cedar wood from the Grain surfboard company, located in York Beach, to brew and age a beer. Using woods other than oak has been flirted with by some brewers, but even oak aging of beer is a niche product in our current craft beer revolution.

The more interesting story in episode 4 is what happens when the sensory panel dings a beer and that beer happens to be the DFH 120 minute IPA, the strongest and potentially the most expensive IPA in the world. The fermentation became stuck and couldn’t be restarted. The brewery staff, Sam included, decided to dump the unfinished beer; a very costly decision.

As Margot and I learned more about Dogfish Head we were curious about some of their beers we had never had before. We were lucky enough that our local craft beer shop, The Drinkery, carries DFH beers and had a number of them we had yet to enjoy.

The Indian Brown Ale is a dry hopped brown ale that combines characteristics of both traditional American brown ales and India Pale Ales. At 7.2% alcohol, it is potent but not extreme. We found it to have a dark brown color with a light brown head that lingered for a moderate amount of time. We detected hints of chocolate, nuts and dark malt. It has a medium body with perceptible bitterness and no noticable sweet character. I’d definitely drink this again, and likely in quantity!

I found the show “How Beer Saved the World” to be a great affirmation of my taste for good beer and unquenched curiosity about its history, styles and the locales where people worship it. Did you know that the pyramid builders were paid in beer? How about the fact that New World settlers wouldn’t drink the amazingly clean water in North America because they thought water made people sick? At home the water was contaminated and made people sick unless it was made into beer. Louis Pasteur wasn’t studying milk when he had the idea for pasteurization. Yup, beer. School kids in old Europe drank beer for breakfast. It was low alcohol so drunkenness wasn’t an issue. The nutrition they received from it was what was being sought after. And. mechanized assembly lines? Henry Ford is typically given credit, but he was ten years behind the glass bottle (for beer!) industry. The American Revolution? You guessed it, fueled by and in defense of the freedom to consume beer.

So the next time you sit down to drink a beer take a moment to celebrate the thousands of years of human history you hold in your hand. We all owe beer quite a bit! 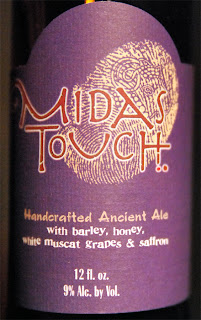 Episode 5 of BrewMasters centers on a trip to Egypt in search of the history of beer and a recipe for a 4000 year old ancient ale. Some of the earliest visuals of beer making can be found in Egyptian hieroglyphs. What is interesting is the proximity of these images to those of bread making. It isn’t completely clear exactly what the relationship between the two products was during the times the symbols were created. In the same way “How Beer Saved the World” explained that wages for pyramid builders were paid in beer, BrewMasters suggests that minimum wage (daily) was about a 12 pack of beer. This beer would have been quite low in alcohol, but was packed with nutrients and vitamins.

In episode the beer idea Sam has kicking around is something he calls Ta Henkent brewed with Emmer wheat, palm fruit, chamomile and an Egyptian spice blend Za’atar containing oregano, thyme and marjoram. The key to the brew was wild yeast that Floris and Sam capture on the trip. Floris had the yeast sent back to a special lab in Europe to identify brew-worthy yeasts that could be cultured for their ancient brew.

In honor of episode 5 we picked up a bottle of Midas Touch. This is one of DFH’s Ancient Ale series, brewed with barley, honey, white muscat grapes and saffron. Made from what is suspected to be the oldest fermented beverage, based on 2700 year old drinking vessels found in the tomb of King Midas, in the world it channels both wine and mead while drinking like an ale. This brew has wonderful floral and honey aromas and the sweetness is easily accessed. You can’t help but note the balance between the spices, fruit and grain flavors in each sip. At 9% alcohol it reminds me of a dessert style beverage.

Do you love beer? Have you ever wondered how much you didn’t know about its history? Hit up the Discovery Channel, they seem to love beer right now and are happy to share some knowledge about the noble beverage.

I missed this series! My husband has been tasting beers around the world in his travels, and currently is excited about a small brewery in Portland. I'll forward this to him and he can put it on his list. We'll have to see if we can pull the series up!

Testing the comment submission form. Some complaints that it didn't work this week.