Kicking Off Summer of Riesling

I heard about the Summer of Riesling (#summerofriesling) after last’s year’s edition. The buzz about it being bigger from the prior year and with more wines from different regions peaked my interest.
This year I knew that I could write a number of posts about Riesling that included our friends, reviews, food pairings, stories and promotional events. Earlier in the summer I was busy with the Relay For Life (raised $10K again!) and the pre-conference networking for #WBC11. I had been accumulating bottles slowly the whole time and still have a few, primarily New England producers, to purchase. I have no idea what I am going to do when I feature Riesling for the rest of the summer, I am just going to get inspired to create something interesting each time.
To get things rolling I offer a dinner pairing of a Grilled Salmon (recipe below) and the Salmon Run Finger Lakes, NY 2010 Riesling. There are two things about this wine that prompted me to include it, first it is dry and I wanted to start with a wine that demonstrates the falsity of the sweet Riesling myth. Secondly, I had this wine with a particularly good meal at the Granite Restaurant in Concord, NH a few years back. The dinner was an anniversary celebration for my wife and I, and one not long after my cancer treatment, so one we enjoyed with a newfound appreciation of what we had for sure. I wouldn’t have considered the wine as closely then and I was curious what I would think now. 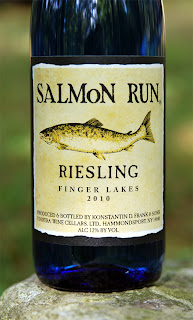 Salmon Run 2010 Riesling
Aromas of pear and melon. Flavors of pear and green apple. The acidity is intense and the resulting steely sensation is a great attribute. The finish is pretty long with citrus pulling up the caboose. The wine is currently on sale at the NH Liquor store for $11.99.
The pairing of the salmon and the dry Riesling was a really great call. I’ve used sweeter Rieslings for spicier grilled salmon, but here the dry wine saw its fruit extended by the fish, with the creamy texture of the fish melding with the acid in the wine perfectly. I’d serve this again for sure!
The rest of my list is as eclectic as it is a workable survey of widely available and affordable wines. The regional wines are more common at their local level, but some do sell beyond.
I still have to buy these
So with that lineup I have all of the New England states covered, with the states of California, Idaho, Ohio and Washington represented as well. For countries we have Australia, Canada (QC), France (1), Germany (3) and of course the United States. That is a pretty adventuresome list with vintages form 2006 to 2010, and from dry to sweet and dessert styles.
So a couple times a week now Riesling is going to make an appearance. Are you enjoying any of the Summer of Riesling on your own? There are bars and restaurants all over with event-specific menus and wines lists with more Rieslings to pick from than usual. Check it out, you won’t be disappointed!
Cheers!
Jason 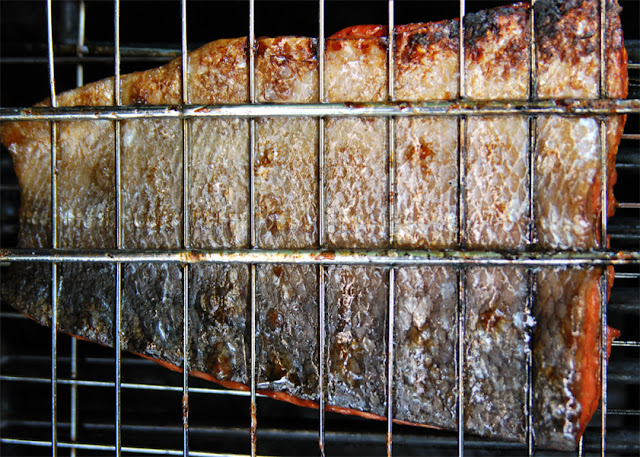 Try the Taylor Brooke winery if you're stopping by Sharpe Hill as it is very good also. They have a Green Apple Riesling that goes well with baked ham especially if you use the wine to cook with.

Riesling is one of my favorite varietals to pair up with Korean cuisine.