Cancer has touched everyone in one way or another. In the last 9 years my cancer journey has had me cross paths with so many other people who had a cancer story of their own. The stories are what drives the passion to fight back and with two weeks to go before Relay those stories are I what I’m going to share.

Melissa Kline is a dear friend who has been fighting back with us since the beginning. She and Margot (my wife for anyone new) met at work back in 1999 and the rest is history as they say. Melissa is one of the team’s anchors, she always pushes hard to raise funds and then shows up with energy to camp out all night as a symbol of fighting back. Melissa involves her whole family in Relay, something I personally look forward to every year. 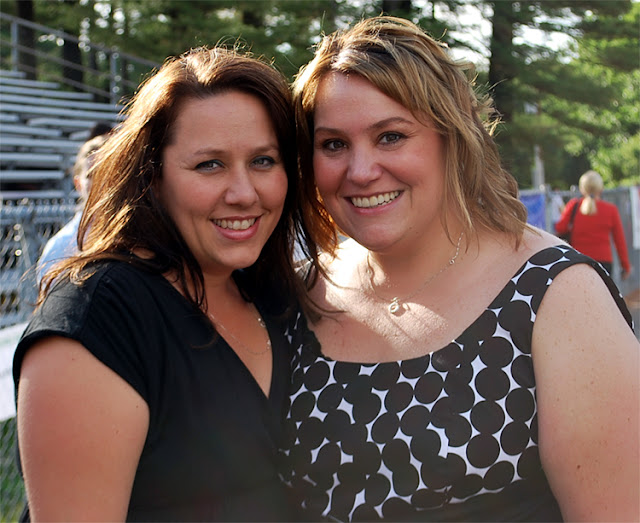 ( Melissa, on the right, with her sister Amy at Relay. Thanks ladies! )

Here are Melissa’s reasons to Relay

I have too many reasons!

FIRST I Relay for my aunt.  She was only 51 and fought it for years before it won.  Unfortunately she was one of those stories where she was sick and knew something was wrong but ignored the signs until a friend forced her to see a doctor.  Traveling to see her and saying good bye to her knowing I would not see her again until I was back for the funeral is still one of the hardest things I have ever done in my entire life.  I was 21 when it happened and even now writing this little bit still makes me tear up.

I Relay for my niece who was 8 months old.  Cancer got her before she was even born, for the family I'm not sure if it was good we didn't know; she just had a regular 8 months of life.  If we knew it would have been a tough 8 months and from what the doctors say there was nothing that could have been done anyways.  It has been 10 years. It’s still hard to believe, but one loss that will never be forgotten.

I Relay for my grandmother who had breast cancer/ She fought it and won only to have it come back 25 years later....  She never accepted she had cancer and I honestly believe she lived to the good old age of 90 because of this!  She didn't allow it to consume her. So many times we were told she wouldn't pull through and she kept on ticking.  In the end it did win but it took a lot of fight to take her. 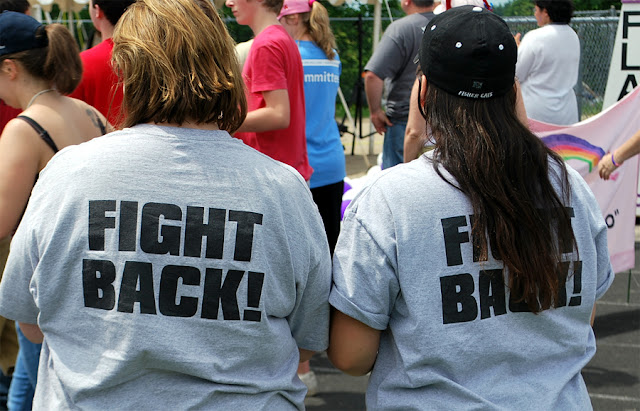 ( Melissa and Amy are not to be messed with. Do they scare you cancer? )

I Relay for my dad who out of everyone I know had the smallest battle.  Due to his heart surgery they found his cancer early and was able to get his kidney out and fingers crossed it never comes back.  It has been 5 years and he is doing fantastic!

I Relay for so many... Just last year my mom lost 3 very close friends to cancer. Watching her go through all of that makes me Relay. These were great people and they didn't deserve (well nobody does) to lose their battles...

I Relay for all of those out there that I don't know and in hopes that my contribution will either help cure them or even help prevent them from getting it.  I Relay to make this a cancer free world!

If you would like to support Melissa in the fight against cancer please click this link to visit her Relay page where you can make a donation.

Jason
Posted by Jason Phelps at 6:31 AM