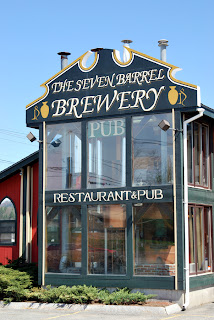 Check out my friend Meghan's Kerrygold giveaway at Travel Wine & Dine Kerrygold Giveaway for a great chance to wine some great products.

Margot enjoyed beers and food at Seven Barrel Brewery in Lebanon, NH about 10 years ago, but we’ll be damned if we can remember what trip we were on. But we remember being there, and have told at least a few people about it since.

As we were cruising home from Montreal last weekend, the need for lunch arose. We were making great time and Margot agreed to make for Lebanon with the Kid Rock blaring. I knew where we were going to go and certainly hoped they were open when we arrived. It was a warm spring day in Lebanon and the area right around the interstate exit was made busy because it is seeing a good deal of road work. Not the prettiest sight, but what can you do? And as hope Sven Barrel was open.

We were greeted right away and sat at one of the old style wood booths in the main dining area. Jameson, our server, was enthusiastically telling several other patrons about their beers when we were seated. I heard something about two season beers and my interest was again peaked.

As we got to talking to Jameson we relate the laugh about our prior visit, our love of craft beers and of course ordered the sample paddle. I had a driver so I could dig in. The paddle is made for 6, their usual offering, but there were two more that would be included to celebrate spring. The lineup ended up being Maibock, Marzen, Queeche Cream Ale, Ice Rock Canadian, New Dublin Brown, The Red #7, Champion Reserve IPA, R.I.P. Stout. Quite a selection indeed!

We ordered lunch and I set about snapping some photos (I asked if I could, which a typically do) of signs and beer serving area. Jameson asked if I wanted to see the small brewing setup in the front of the building and I said sure! I got a several nice pics of a rustic, small batch and fully functional all-grain brewing setup. 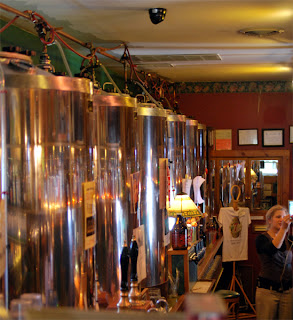 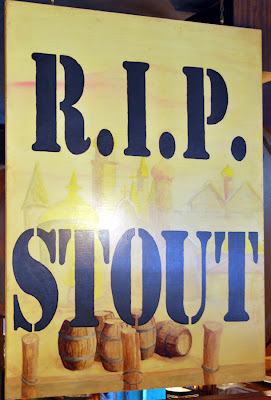 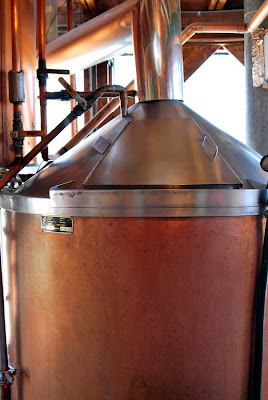 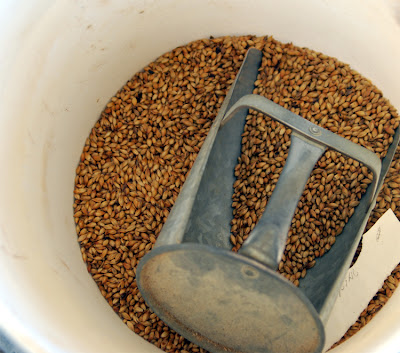 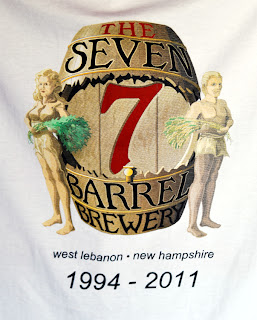 ( Celebrating 17 Years! )
Back at the table I continued tasting beers and picking out all the different flavors and textures present. Both the Maibock and Marzen felt like they might have had some honey influence, but that could also be grains, malt or hops giving us something different. I enjoyed both and can see how celebrating beer with spring is as old of a custom as it is. 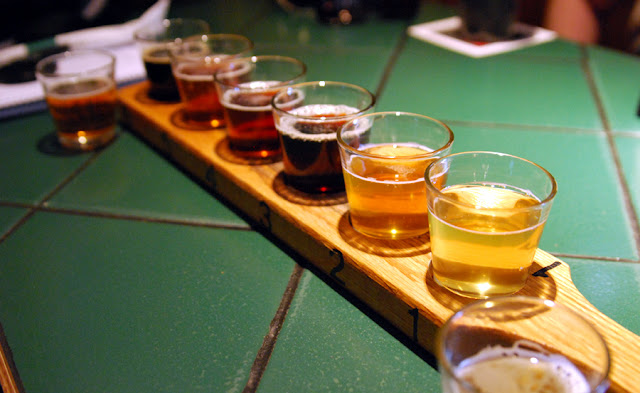 The New Dublin Brown went great with my Cock-a-Leekie pie (chicken, leeks, root veg topped with pastry) and all of the earthy flavors in it. Definitely one of my favorites.

I love a good IPA and the Champion Reserve is no slouch. Lots of hops (as advertised) with citrus coated grains in the middle through the finish. Very refreshing and one I would definitely go for again. The malt and hops are there in the Red #7, but not in an epic struggle for your taste buds. The pine in the finish was slightly mentholating. The Queeche Cream Ale would be best with a lemon slice, and the Ice Rock Canadian was well balanced and refreshing, just not very notable for me. The last one of the beers was the R.I.P Stout, named for its roots from a Rich Imperial Porter recipe. It was black with a healthy balance of chocolate and coffee aromas/flavors, a certain degree of earthiness and lingering finish. I really enjoyed this beer as well. Margot (the stout expert) took a sip and gave it a thumbs up as well.

Margot was ooohing and ahhhing over her Pastrami Reuben and onion rings, the latter of which were good with several of the beers. All of the food was hot, prepared exceptionally and came from a menu that we would recommend trying many things from. The beers were a great bookend to our weekend and a great way to stir up some old memories. Can’t beat that!