The trip I took to Florida during which I checked out the Epcot Food & Wine Festival was last month, but I waited to share it until December as an excuse to share additional pictures of the Disney parks we visited decorated for Christmas. Disney really goes all out for the holidays and starting 4-6 weeks early meant we got to see it in early November.

A few years ago a neighbor passed along the festival map for the Epcot Food & Wine Festival. A friend of hers had attended it and thought she might want to share it with here “wine guy” neighbor. It looked pretty interesting, a neat way to amp up the regional adventure of the World Stage at Epcot I thought. I tucked the event away in the back of my mind hoping I would remember it when we planned to head to Disney again. When it came time to plan our Florida vacation I checked the festival calendar and found that we could attend on the second to last day and see what the festival was all about.

Festival events are a challenge on many levels, and when you look at the intent of the Epcot Food & Wine Festival, to showcase the countries already part of the World Stage, you have to accept a few things. First, lots of people. We saw that even on the second to last day, but we do believe it could have been worse. Many of the beverage selections will come from the host country’s’ roster of volume leaders, e.g. one or more of the most popular brands. This was also true, but not without some exception. Serving that many people requires a volume commitment so we must reconcile that. Food service food. Back to the volume of people and need to produce lots of food quickly and consistently. This was also true, but Disney, the festival organizers and kitchen staff get high marks for producing tasty dishes and serving them in a smooth process.

Now that we have the context set, what were some of the good dishes, drinks and pairings?

The very best pairing was from Ireland and consisted of a cheese plate and an aromatized wine-based beverage made by Bunratty that was sweetened with honey. Kerrygold was one of the booth sponsors and both butter and their Dubliner cheese was on the plate. Served with a fruit chutney and some brown bread this stop felt the most like a wine tasting to us. 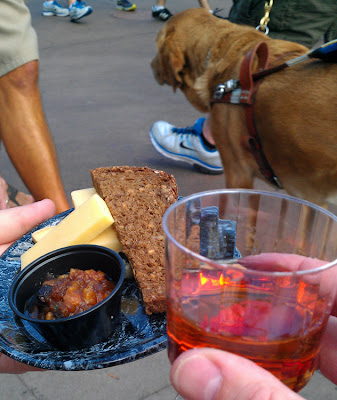 Before we attended the festival we had heard that both the Kahlua Pork Slider from Hawaii and the Beef Tenderloin with Mushrooms and Truffle Sauce from Canada were must haves. We did have both and the Canadians win. They were out of the truffle sauce, but the beef and shrooms were plenty delicious to get the thumbs up. 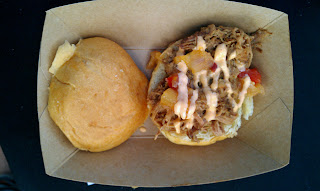 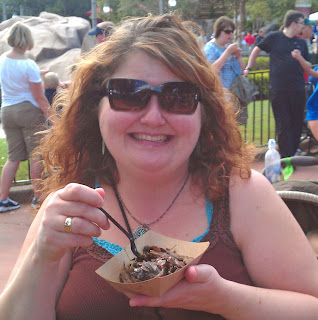 ( A Canadian eating shrooms & steak. No frites though. )

The American Experience for me was a lobster roll and Sam Adams sampler. The beer sampler included the Cherry Wheat which was notably good on this outing. The Sam Adams Chocolate Bock has been the festival special beer for the entire 17 year run of the festival, and was originally produced for this event, but was already tapped out. The Lobster roll was fresh and delicious, but was trending a bit too far in the dill direction for my normal tastes. 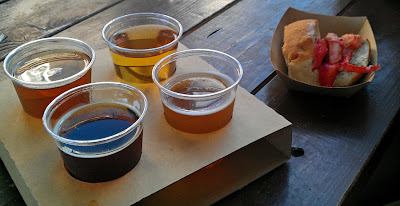 Local Florida beers were available at both the Craft Beer and Florida Local booths. I tried all three selections, which I reviewed along with six other local beers last week in the November 29th edition of My HalfFull Glass. 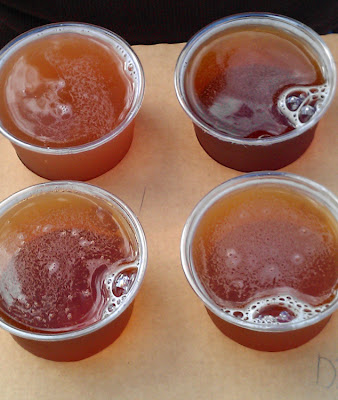 Other countries that got high marks on food were China for their pot-stickers, which were cooked perfectly and Morrocco with a spiced meat patty pocket that was hugely flavorful. 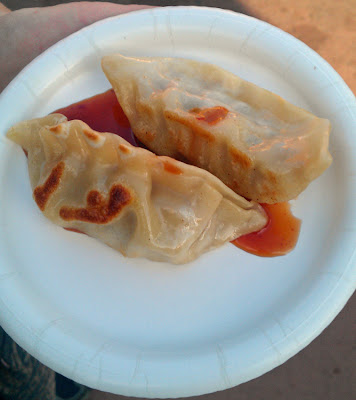 ( Crisp outside, full of flavor inside! )

We had a second Cheese plate from a cheese-specific booth. It included several kinds of cheese and again made us pretty happy. We did also taste dishes from France, Argentina and Australia but they didn’t make the highlights. 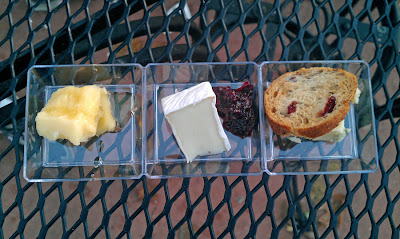 ( I enjoyed this with water as it was getting late and the small bites were stacking up! )

The line for the German beer and Brewer's Collection booths were long and visiting on the second to the last day meant that most of the beers I wanted to try, ones I hadn't had before, were already unavailable. I tried a few wines, but nothing really struck me. I had had most of the labels available and did feel compelled to pay to try them again at each booth. And then there are so many other countries we didn't have the stomach or time to visit. There is always next time Mexico, Caribbean, Japan, Italy, Poland, Belgium, Greece & Scandinavia!

We also never spent any time at the Festival Center that contained booths with tastings and retail from many of the brands behind the festival. This is definitely a multi-day event if you expect to cover even half of what is available. We finished the night with the Reflections of Earth show. I snagged a couple decent photos of the fireworks to share. 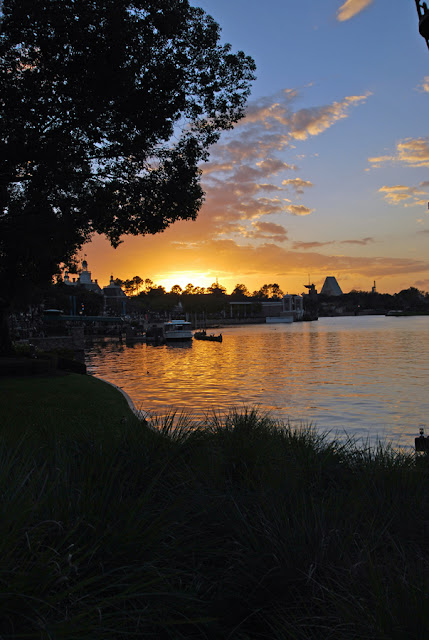 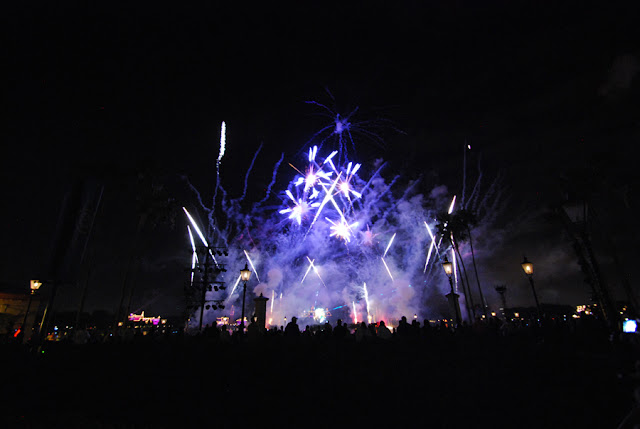 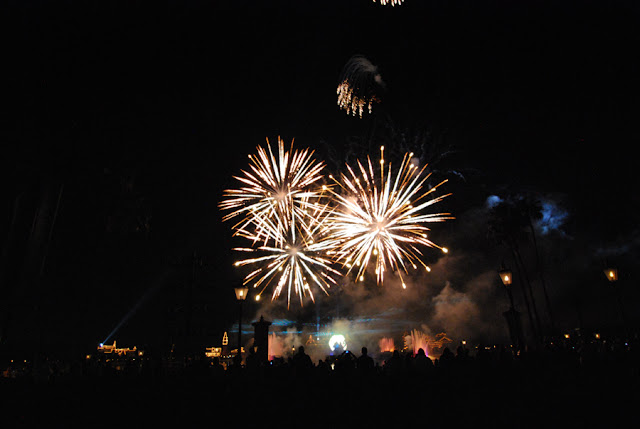 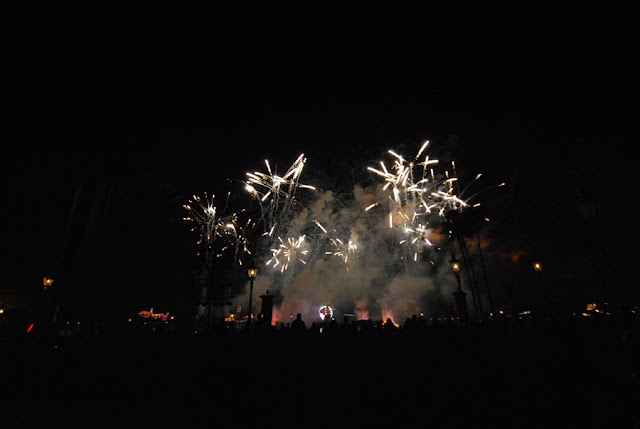 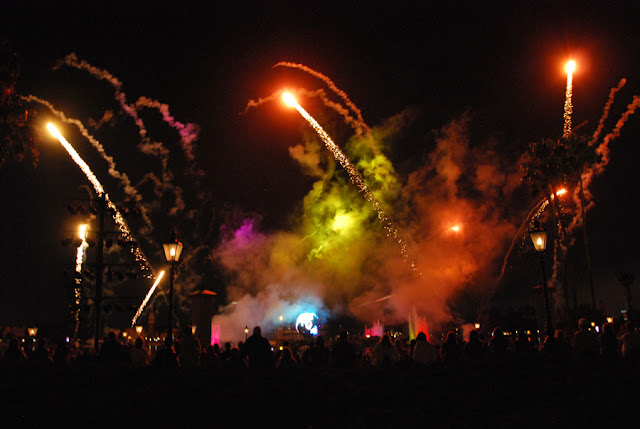 As I said in the opening, Disney decorates for the holidays. Below is a slideshow of holiday pictures to set the mood. Merry Christmas everyone! 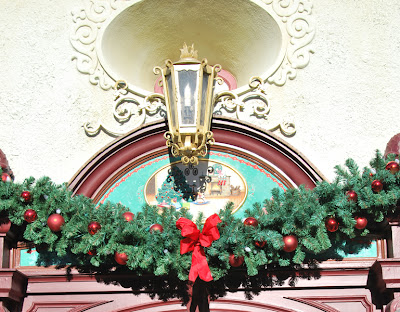 ( Above the door of the German Christmas shop. Love this place! ) 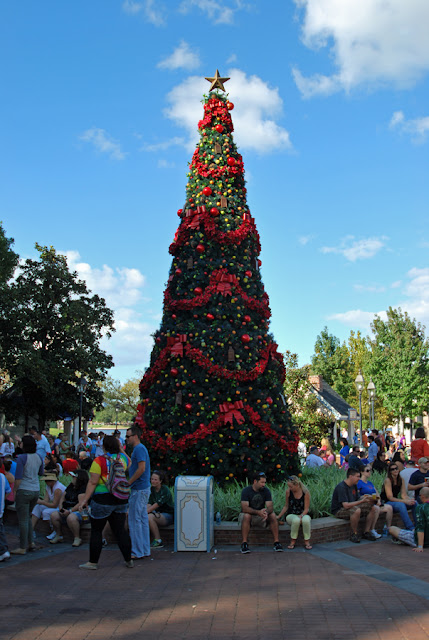 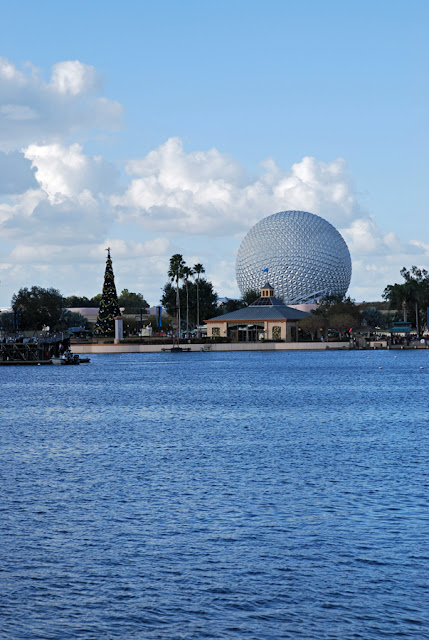 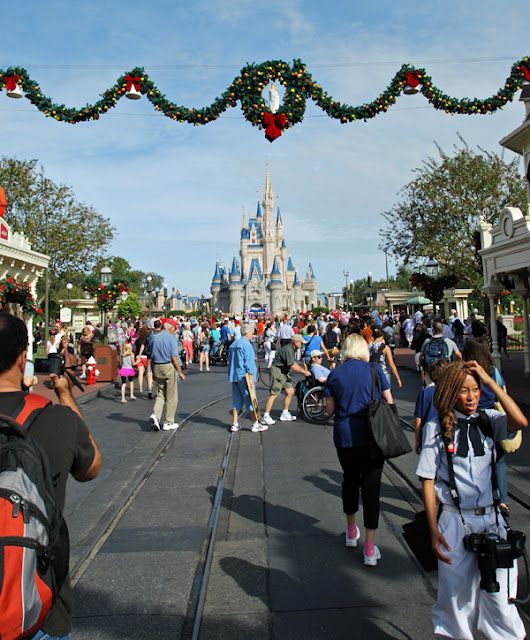 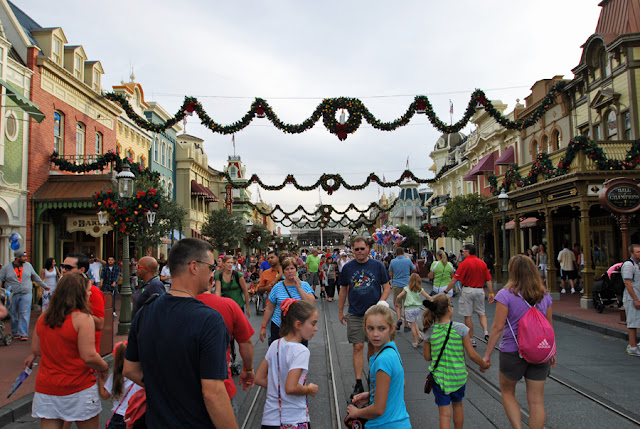 ( Main Street USA was already decked out for Christmas. ) 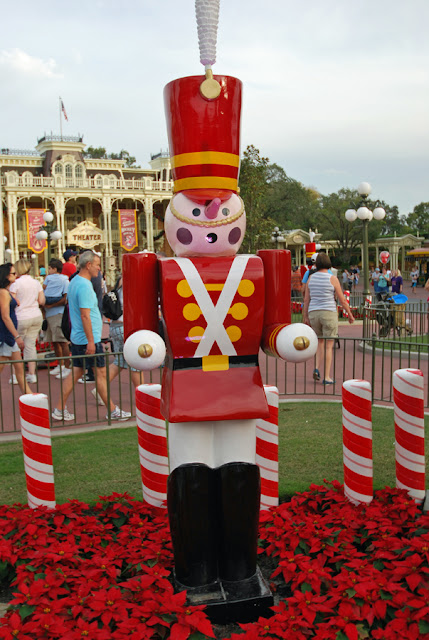 ( He almost looks surprised to see me. )

Those photos are fantastic and I am sold on going to Disney in November next year. Nothing sounds better than food, wine and a place for the kids to romp with my husband while I go sampling. I'm all for it, especially if the holiday decorations are up early.