One Day in Maine – Back to York Beach

Each of the last two summers we’ve stayed at a house in York with friends for a week. This year none of us could swing the whole trip missing out on the sunny days, insane amount of food and drink, the sound of the ocean and immense laughter from the bunch. It turns out that we all did spend at least a day up there about the same time year. The weekend that followed our trip that finishes with this post saw our friends at the beach and out for seafood. Same mission accomplished by like minded friends! 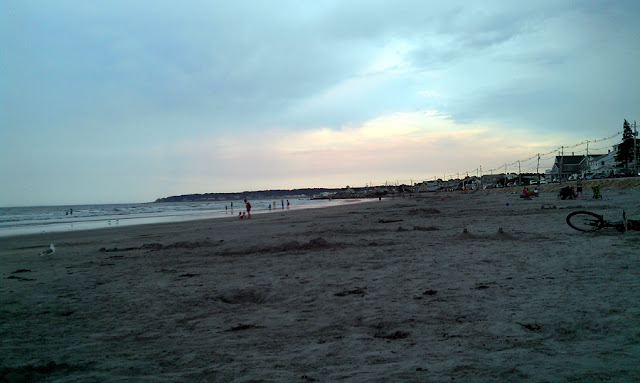 No whirlwind one day trip to Maine would be complete without a trip to the beach. As our luck often holds thunderstorms were bearing down on the area as we arrived. It didn’t actually rain or storm the whole hour we were on the beach. It was dark and ominous, but the breeze was nice and crowd was long gone! 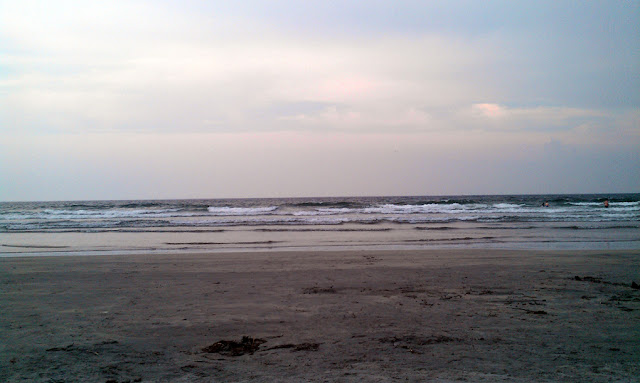 The tide was heading out so we were able to setup chairs on Long Sands and enjoy the view and the sounds of the ocean.
We reminisced about our ferry trips to Peaks Island, lobster bakes, people watching on the beach and those mornings after that none of knew where we were until after coffee! Summer vacation to the beach really is a singular and unique delight. 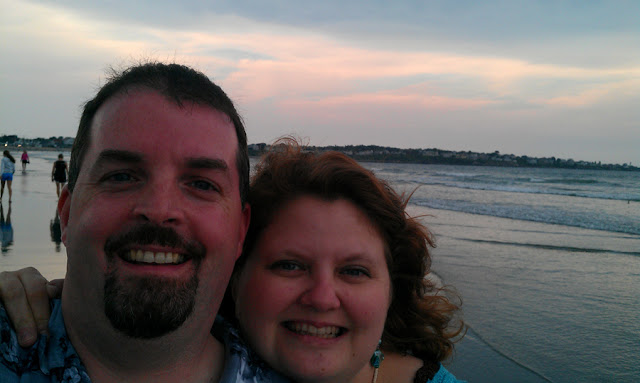 We walked the beach a bit and watched the dogs chasing toys and birds in the surf.
We finished the day at Harry’s Seafood & Grill for lobster rolls and fried clam strips. We always eat way too many of them when we are there, but they really taste so much better when you are on vacation!

And with that we headed home having had tremendous fun on our one-day vacation to Maine.

This was part four in the series. Recaps from the first three stops can be found at:

My name is Jocelyn and I am with Dwellable. I am looking for fun and authentic blogs about York Beach and yours happened to catch my eye. If you’re open to it, shoot me an e-mail at jocelyn(at)dwellable(dot)com.

Hope to hear from you soon!
- Jocelyn