On Wednesday when we are out with the MYPN crew we met Kristen Vanhorn from Martignetti Companies, a distributor of beer, wine and spirits to New Hampshire businesses. During the conversation I mentioned my challenge of not having (or so I thought) a local shop with a good craft beer selections. Not so, said Kristen. Have you checked out The Drinkery in Londonderry, right next to the Tupelo Music Hall? Nope! 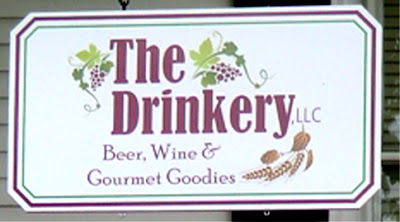 I stopped in at The Drinkery on Friday hoping to find Joan, the owner, and check out the selection. If she was agreeable I was also hoping to get some backstory, photos and write up a post. For me this will be a new favorite destination and I hope I can spread the word, because the selection really is that good. Rogue, Sierra Nevada, Brew Dog, White Birch (NH), Victory, Dogfish, Ommegang, Brooklyn Brewery, Allagash, Unibroue and the list goes on. Many of the familiar beers from Sams, Smuttynose, Woodstock, Shipyard, etc. are also in stock. 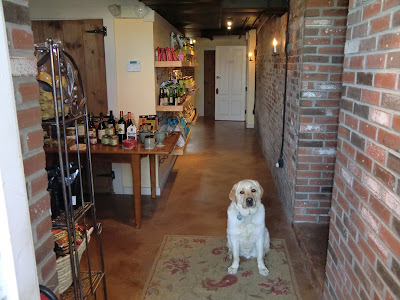 ( The welcoming committee is very friendly! )
Joan opened The Drinkery in the current space in April of this year after Bella Vino (a wine shop) moved to Windham. Previously Joan had been working for the Tupelo Music Hall in Salisbury, MA. When things changed there she found she had extra time and asked her husband what he thought about her opening a wine and beer shop. If only everything was that simple! 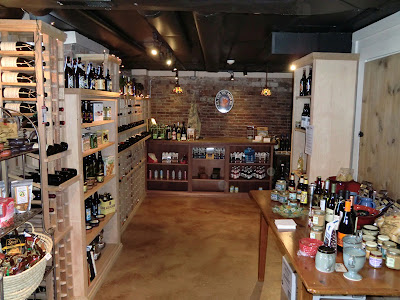 ( A view of the main shop. )
Joan said the key to her steady increase in business is the BYO policy of the Tupelo Music Hall. And the key product is great beer. On show night she has a good deal of traffic and the selection creates return visits and solid word of mouth. She is also advertising in the Hippo Press which does have food & beverage readers and is pretty much the only reason I pick it up every week. 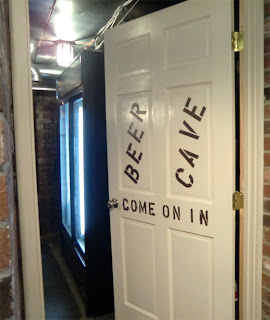 ( Gotta love the fact it's called the "Beer Cave"! )
I asked Joan what here vision for the store was and got a fantastic quote. “To keep as much good beer and wine in the smallest space I can!” Spoken like a true New England small business owner. Joan is planning on focusing on as many local producers as she can, especially for food products which as classified as a convenience store she must carry. Gotta love rules! 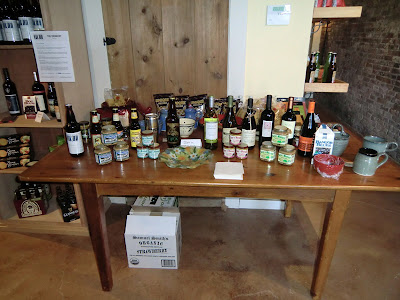 ( A selection of newly arrived products, food and beverages. )
The Drinkery has a web site which lists the brands/producers of the beers they carry. I personally saw the unopened cases of holiday beers including several of the sought after styles. I’ll be going there before you will to get mine. Hands off!! 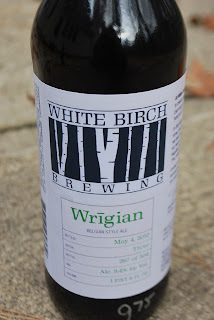 ( One of my mystery beers. A sour rye beer made in Hooksett, NH. )
If you sign up for the newsletter on the web site you will be notified in advance of special events and deals. For example the recent special has been mystery cases of 750ml craft beers for $50. What, twelve large format bottles of really good beer from all over the country at almost 50% off? Joan expects specials to run seasonally, but their form and price is subject to change as the business evolves. She had a few cases left, one of which I liberated, and expected they would be gone in a few days. Sign up for the newsletter so you don’t miss out! 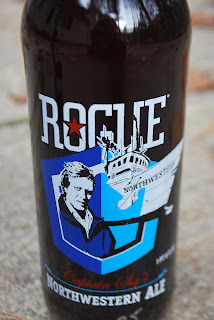 ( Another mystery beer. Haven't cracked this one yet. )
The Drinkery is located at 2 Young Road in Londonderry, NH. They are only open Wednesday through Friday from 1 PM into the early evening Wed/Thu and 9 PM on Fri/Sat. They are also open for every Tupelo Music Hall performance.