Well, this week certainly turned out to be the adventure you are always anxious about. My Dad is becoming famous for needing to visit the hospital on Thanksgiving. This time it was serious, but he’s on the mend. Our family had Thanksgiving plans on multiple dates and in multiple locations before the detour. As much of that as could went on as scheduled. As a result, I’ve been low key this week and didn’t take a lot of pictures. I did very much have fun spending time with family and friends. We also decorated the house for our upcoming holiday events and shared some homemade wine with friends at an open house.

My Holiday Pies post from earlier in the week was executed at our place in VT. My parents were supposed to be there, I was responsible for pie ingredients and my Mom had some fantastic recipes to try for meals. Unfortunately my parents were at home with my Dad having some tests to see what was going on. With no specific worries afoot we went to VT and made all the pies.

A trip out to Dutton’s was necessary to pickup apples and snacks. 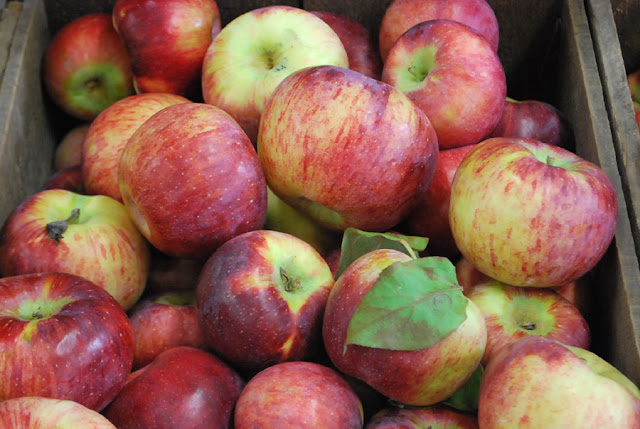 ( Some of these are in our holiday pies! ) 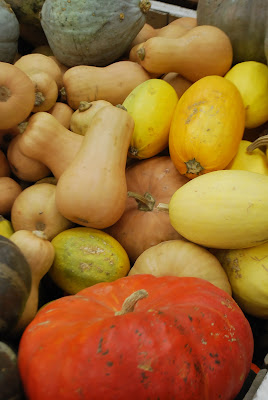 ( Squash = Thanksgiving }
I made the pie crusts in the morning and we made the pies from early afternoon into the evening. Six apple, two pumpkin and two blueberry. Making pies all by hand is taxing but to worth it.
We also had a nice sunset walk up Adams road, a favorite of the whole family. 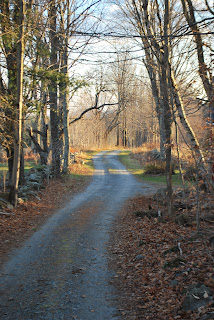 Early in the week I spent two days down in CT with my family. Everyone was nervous on Tuesday before surgery and relieved to hear my Dad crack a joke about how bad he felt after surgery. Yeah no kidding.

Dad was going to be rocking the hospital for the holiday and my brother and his wife were going to go to VT without my parents much like we did the weekend before. We were going to be with friends up in Croydon, NH as planned. My Mom took friends up on a prior offer and joined them on Thanksgiving in between visits with my Dad.

Our Thanksgiving with Missy & Steve was everything you would want in a holiday. Just for the record Missy and Steve might not agree on the count that they were moving the week of the holiday, but they will also read on to find out my take. Moving is so much fun that Margot and I have sworn it off for almost 10 years now. That day will come. Prior to the moving coming up we had planned a nice quiet “extended” family holiday at their home. We had worked out that they would do the turkey, stuffing, potatoes and squash and we would bring snacks, side dishes, bread, pies and wine/beer/cider. Despite being exhausted from moving, and being in a new place, Missy and Steve pulled it off. There were moments specifically noted as being very much like “a fun old-fashioned family Christmas” a-la National Lampoons Christmas Vacation, but we all had fun and the food was fantastic. I should have used a cart to get myself out of there.

Steve totally killed it with the turkey. Wrapped in bacon and baked until complete. That is just too damn easy for something that was as good as it was. Missy makes a mean stuffing using a combination of packaged and fresh ingredients. I didn’t get the recipe yet but I can say I really enjoyed it.

Margot and I brought three cheeses and opened three of our own dessert wines for a starter. All three wines, Cabernet Franc, Riesling and Peach are very sweet with a good balance of acid and paired best with the goat cheese for me. The sharp cheddar and horseradish cheeses are great in their own rights but did also pair well with the wines. 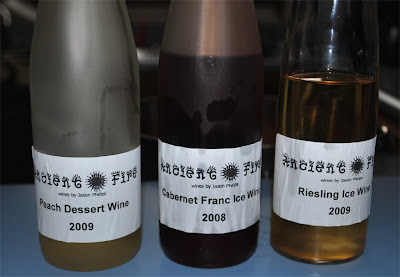 I then opened up a cherry flavored cider and a medium dry cider from 2009. Both had great clean flavors, not apparent re-fermentation (a problem being watched) and were smooth and refreshing. My cider project is developing a nice legend! We didn’t have the materials at the time but when I mentioned the following beer cocktail everyone’s ears perked up. Next time.

For a side dish Margot and I made glazed leeks and carrots. Steve’s admission pretty much sums this up. “I had never had a leek in my life until Jay made these earlier in the year, and now they are never not in my fridge.”

We also made buttermilk biscuits that were great with some melted butter on them. The second bag was specifically requested to stay behind when we left. I didn’t make more when we got home and now I am missing them! We opened 2008 Viognier and 2009 Pinot Noir with dinner. Both were easy matches for all the food. 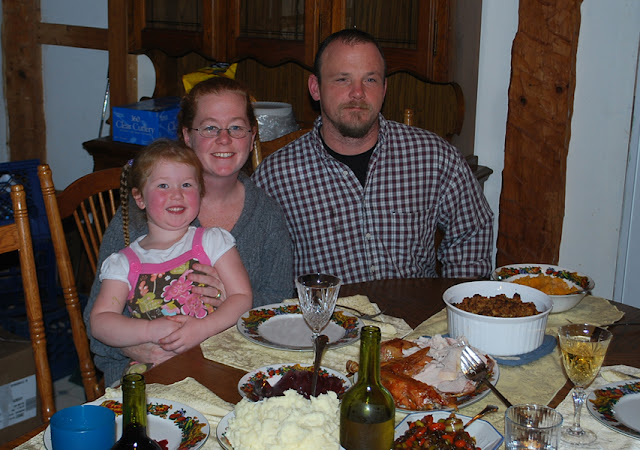 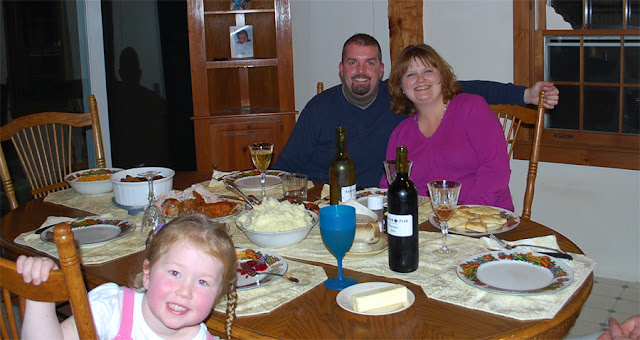 ( Gracie with a cameo, me and Margot. Again the food! )
On Saturday our friends Ed and Jim had their annual holiday open house. You go for the food and the decorations. We missed their Thanksgiving celebration the weekend we were making pies but sent a gift ahead to say we were sorry. Ten bottles of wine! Ed and Jim were so nice to us in appreciation of the wine. Their friends we saw yesterday couldn’t stop talking about how much they enjoyed it, how much they drank of it and asked why I didn’t do this for a job many times. For Thanksgiving we prepared a menu of wines for them to serve at their celebration.

We heard the Pacific Quarter went like crazy during cocktail hour. That would have been fun to see. We have just started serving this wine, made earlier in the year, and it seems quite pleasing. We also heard the Pomegranate/Black Currant and Moscato were both a hit after dinner. Ed’s friend (and ours now!) Amy said she indulged in multiple glasses of everything we sent over. Other reports about the white and red with dinner suggested people found good pairings and were happy. Wow!

Yesterday we brought the Pacific Quartet again and added in Cabernet Sauvignon and Concord Rosé. The Concord Rosé is one of our newest wines made with a batch of wild Concord grapes that a friend had on his property. It is light pink in color, dry with delicate and fleeting fruit flavors. It is very pleasing but doesn’t linger. I bet it will do well despite those observations. I was the only one drinking the Cab (from 2008) yesterday and the magnum was almost full when I left so it came home with me.

Tonight I’ll be drinking some of that Cabernet cooking stuffed squash for lunches this week. I’ll also be pondering what new holiday adventures I can get into in the next month.

I hope your Dad is feeling better. Bacon wrapped turkey - that is the bomb. Sounds like a great day all around! Happy Thanksgiving Day Weekend!

Oh, What a great day you had AND the food and bottles !! Amazing !! Pity I live so far from you !!!
(I hope your dad is getting better!)

OMG - what a jam packed holiday! Hope your Dad is on the way to a rapid recovery and able to enjoy Christmas. Bacon wrapped turkey? Steingarten heaven ;)

What a scare you had with your father! I hope everything turns out okay. The spread of food on your table looks like it was fantastic. I can just imagine a turkey wrapped in bacon. Wow.

Sounds like a lovely Thanksgiving. Bacon wrapped turkey sounds so so good! Glad to hear that you dad is feeling better.