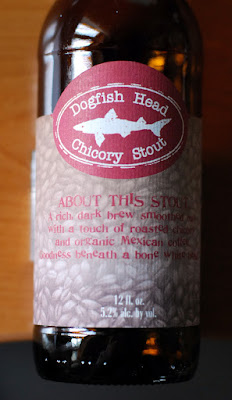 When I first heard that The Discovery Channel was going to be airing a series called Brew Masters and it would be about the Dogfish Head (DFH) brewery I was pretty psyched. I have enjoyed their off-centered brews for over 10 years and knew their story was one of passion, creativity and fun-loving people who worshiped beer. I was sure I didn’t know the whole story though.

The series was initially slated for a six episode run. I have watched the first four so far. The fifth episode aired when I was not at home, the DVR decided not to tape it and it is not yet available on demand. The sixth and final episode has been slow in coming amidst rumors that the show had been cancelled. The rumors are not true, and the word is the final show is in the works. What is still unclear is whether the show has a future and neither The Discovery Channel nor Dogfish Head is saying. After having enjoyed the first four episodes what I can say is that future or not, this show was very educational and entertaining. If you want to get the inside story on a small craft brewery started by a guy with crazy ideas and lots of energy, find Brew Masters.

It would only be fitting that I would be enjoying several styles of Dogfish beer as I recap the first two episodes of the show for you. The selections for this installment are the Raison D’être and Chicory Stout. I’ll get started with the first episode and get back to the beer tasting a little farther along.

Starting off the series we are introduced to Sam Calagione, the founder of the Dogfish Head brewery located in Milton, DE. He started home brewing in the 1980’s and ended up winning the annual food and beverage competition at Punkin’ Chunkin’ for his pumpkin beer. This is an event that Sam says got the ball rolling. In 1995 the brewery opened as a brew pub in Rehoboth Beach, DE. The brew pub is still there, very popular and the site of frequent product tasting and unveilings.

Dogfish Head is known for creating “extreme beers”, e.g. beers with unusual ingredients and/or unique processes. While some beer drinkers believe this to be a scourge, I appreciate the diversity and the story behind each of their beers.
The first episode is entitled “Bitches Brew”, a reference to the classic Mile Davis album from 1970.

Early in the episode Sam takes the camera crew to a wall in the brewery where there is the following quote from Ralph Waldo Emerson.

“Why so would be a man must be a nonconformist. He who would gather immortal palms must not be hindered by the name of goodness, but must explore if it be goodness. Nothing is at last sacred but the integrity of your own mind.”

I myself am a Thoreau guy but I can appreciate the sensibility in the Emerson quote, living much this way myself. Clearly the reputation of Dogfish Head, Sam and his crew live up to this lofty idea.

According to the brewery web site and the packaging this beer is made with Belgian beet sugars and green raisins. The beer is a dark reddish-brown (the bottle says mahogany) with an ever so slightly sweet, malty aroma. The off-white head came up nicely and left a light lacing on the glass. The body is full with flavors of generously roasted malts and grains. We easily detected the influence of the raisins, comparing it to our wines made with the influence of black currants. I love a good brown ale and the sweet malt flavors of this one definitely did the trick. At 8% alcohol by volume (ABV) these could be dangerous!

Back to the show. What’s with the episode name? The primary story of this episode was that Sony approached Dogfish Head about creating a beer to debut with the re-launch of Bitches Brew. The beer they came up with was a blend of an Imperial Stout and the ingredients typically found in an Ethiopian fermented beverage named Tej. Sam clearly has immense creative vision to be able to consider the elements of his craft and how they can be blended in a tribute to the work of someone like Miles Davis. I haven’t had the beer yet so I can’t give you a first-hand review.

During the episode you are introduced to a number of interesting people including Floris, the DFH master brewer from Belgium, Sam’s wife Mariah who heads of DFH marketing, Katrinka their resident yeast expert and lab goddess, and Brian the right-hand-man brewer Sam relies on to handle R&D for his all crazy ideas.

The ultimate blend they come up with for Bitches Brew is ¾ Imperial Stout and ¼ Tej-based brew. While the genesis of the beer might seem crazy, Sam can really think big. His plan was to brew the beer and debut it a Savor, a high-profile industry event for craft beer and food pairings. We see Sam rolling in the fresh kegs, tapping them and serving them to his self-admitted very discerning audience. The feedback was positive overall and the little research I did suggests the beer was well received but hasn’t risen to the status of one of DFH’s best.

The hilarity of this episode is the rap Sam and Brian put together and their rap group The Pain Relievahs. They filmed themselves making a version of the song all decked out in 80’s era rapper gear and using locations in an around the brewery to provide phat visuals. Did I just write that?

You can check out clips of the show including the rap “Makin’ Bitches Brew” as the show’s web site at Discovery.com.

This is a very dark brown, almost black, ale with a strong coffee aroma. The bottle indicates that the beer is smoothed out with a touch of Chicory and Mexican coffee. The tan colored head dissipates quickly leaving minimal lacing on the glass. The classic stout flavors of chocolate and coffee are easily accessible. With a nice kick of acidity on the finish the flavors lingered just long enough to make me smile. I am not familiar with Chicory so I can’t say I know what the influence is in the beer. This beer is 5.2% ABV, making it a little easier to line up a couple to drink! Margot liked this one the best, and she doesn’t say that about dark beers very often.

The second episode is entitled “Chica” which refers to a Peruvian brew made from corn that has had its starch conversion aided using human saliva. Are you still reading? Beer nerds will know about the process at work here, but the application of saliva is a unique answer to the problem that is done in the modern era by cracking the grains and mashing (not like potatoes) them in hot water.

This episode takes Sam to Peru in search of the process and the local versions of Chicha. Watching a very experienced Peruvian woman working up a batch of Chicha was a lot of fun for a home brewer. I agree with Sam in his pursuit of appreciating the craft in its historical context.

Sam's hope for the trip was to gain insight into the process to build on an earlier experiment in making it at DFH. The humor involved in asking employees to chew corn on the job had me rolling! Interviews with members of the public who we on hand to sample the new brew were interesting. Despite the fact that the saliva is no longer present in the beer and any creepy crawlies had been long since boiled off didn't seem to sway some folks from passing on a taste. Can't please everyone!

You can check out clips of the show including at the show’s web site at Discovery.com.

One of the historical tidbits I took away from the episode is where the traditional ingredients for beer derive their esteemed history from. Hops are a relatively new addition to beer brewing. Before the 1300’s spices like rosemary and thyme were used to flavor beers. Hops not only add bitterness and flavors, but they also have an antiseptic quality that helps preserve beer. In 1516 a German beer purity law, the Reinheitsgebot, established that that beer would have only four ingredients, malt, hops, water and yeast. That pretty much settled it and beer laws all around the world now levy this requirement on commercial brewers.

In the end Sam confirms that the research done in Peru definitely improved the second batch of Chicha which was only available at the brewpub and for as long as it lasted. The beer isn’t commercially viable made the way they made it, something that makes a trip to the brewpub a must do. You never know what you might be able to sample that you can’t get anywhere else!

While I was doing my research I came across another blogger’s post about Dogfish Head and a New Years Eve dinner they enjoyed in 2009. Clearly DFH knows how to make good beer AND have a good time!

*** After I first published this I realized I forgot to include a link to Renee's post on making Pork & Sauerkraut with DFH Indian Brown Ale. Renee publishes the Eat. Live. Blog. and is one of my Boston foodie friends. The pic with her taking a swig and tending to the pot on the stove pretty much sums it up!

I think you know how much I love Dogfish Head! The Chickory Stout is unbelievable! And the flavors hold up so well when cooking with it!

Never heard of dogfish head ... thank you for the informative post!

I love Dogfish Head but have never had the Chicory Stout. Sounds like it would be something I would love!

Thanks for the tip!