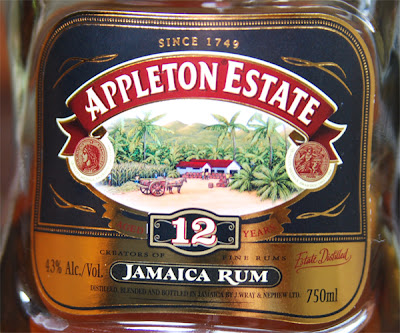 ( Appleton 12 Year - my favorite aged rum )
The history of the United States, and of much of the rest of the New World, has been written with a rum soaked pen. From the slave trade to an economic driver for the American Revolution to countless cocktail re-inventions in bars far and wide, this seemingly humble and mundane spirit has seen it all.

I don’t remember when I had m first taste of rum, it was likely on the sly and unlike my troublemaking companions at the time, I most likely loved it. I do recall rum balls, rum cakes and other rum soaked treats when I was young. They might not always have been closely guarded and I might have taken advantage of that as well. I do recall making rum soaked raisin ice cream and the killer buzz from punches containing rum and who knows what else during college. Light rums and spiced rums, it didn’t matter. Cruise to the Bahamas. Rum drinks. Pretty easy when the rest of the family is sea sick in their rooms and you are close enough to 18 for nobody to ask. Then I went to Jamaica. 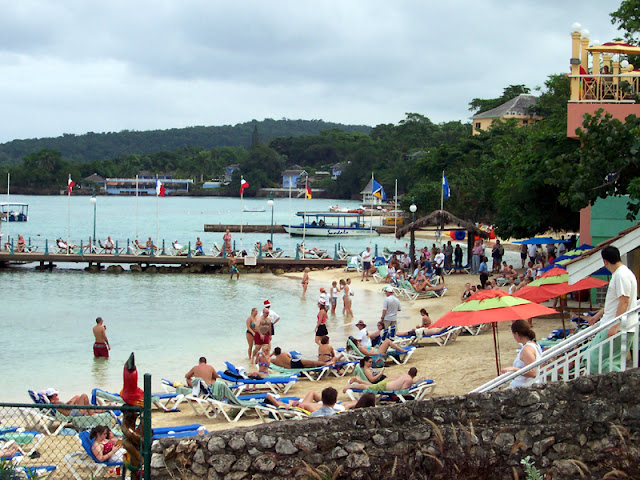 ( Ocho Rios, Jamaica - Christmas 2005 )
Appleton rum punch. It was everywhere. It was Spring Break after all. But I’m not kidding, it was everywhere. If you didn’t know what to order at the bar you might as well enjoy a rum punch while you made up your mind. Mixed up in big batches meant it could be poured like the Minutemen were ready to take up their arms. I met my wife on my Spring Break trip and she and I have been back to Jamaica three times since. On those trips you wouldn’t have caught me drinking anything but rum, on the rocks, juiced up or maybe a shot. 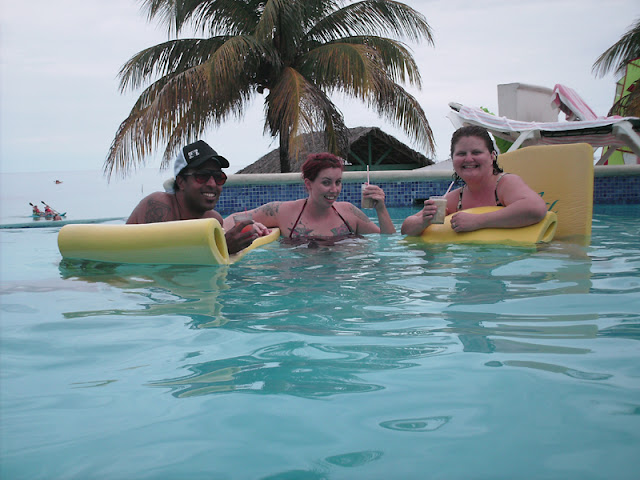 ( Margot, on the right, drinking Dirty Bananas with new friends in Runaway Bay - 2009 )
Today from 4-6 PM PST will be a cocktail TweetChat (a recent exchange of Tweets determined that a TweetUp is an in person so TweetChat is the virtual meeting). The topic this month is rum! Use the hashtag #drinkup on Twitter to share your experiences and follow all the action. We will be celebrating rum cocktails, rum history, rum adventures, new products and stories about vacations planned in the search of rum! Check in with @MyMansBelly for @AncientFireWine for more information.

Music is a key partner for me and my beverage adventures. My best cocktail ideas and execution have come whilst groovy tunes have been emanating from the stereo in the room where I work, blog and hang out. I am partial to several styles of cocktail friendly music such as Downtempo, Trip-Hop, Nu-Jazz, Lounge and World-influence club tunes. Having the proper soundtrack to entertain, go out or just hang in is an essential for the mood. When done right the conversation flows, drinks go down at a reasonable pace and the rough spots of the day fade away. A perfect example is the sweet sound of Buena Vista Social Club in the air right now. This is my nod to Cuba and its rum traditions. Tonight during the TweetChat I’ll be tweeting what I am listening to as the music and the drinks pair up in all the right ways. 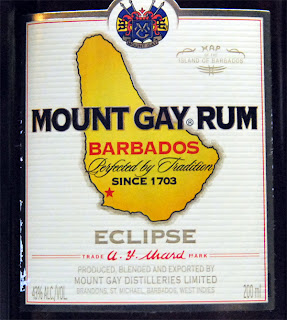 ( Barbadian run, where it all started! )
A few years back I started looking around for information on rum, rum history and the different styles of rum. I’ve not nearly consumed all of what I found, but what I have read has pointed me in so many exciting directions that I can’t see wanting to stop the adventure.

If you are interested in those topics as well there are a few books I can recommend. They are all part of my library and since they generally include recipes for drinks or food made with rum, I’d call them reference books.
One book that isn’t about rum, although the historical context is inextricably related is:
If you want to set sail online in search of all things rum check out The Ministry of Rum. 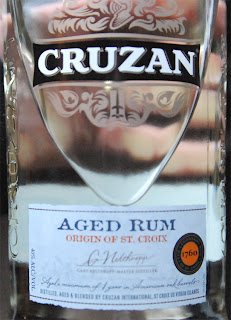 In honor of our rum TweetChat I have pulled together a few more rum drinks to take with you on our voyage. There are two interesting things to note amongst all the recipes I have shared here and in my past rum posts linked below. First there are rums from several different locations including Barbados, Jamaica, the Virgin Islands, Bermuda and Puerto Rico. Secondly, the recipes include light rums, gold rums, dark rums, spiced rums, flavored rums and aged rums. I guess you could say I am equal opportunity. 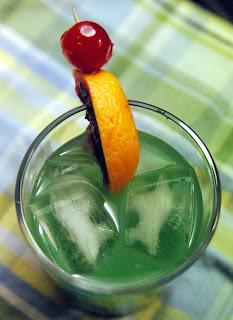 Mix in a rocks glass over ice. Garnish.

This drink is the color of a grasshopper but with a nice kick. It has the perfect balance of sweet, sour and alcohol. I can say that with authority because I am drinking one as I write this! The refreshment factor of this on a hot Caribbean day is off the charts. 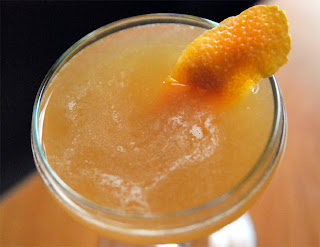 This drink has amazing depth due to both the aged rum and the unique flavor of Meyer lemon juice. I am back in Ocho Rios on my second sip!

Dissolve the sugar into the liquid ingredients in the blender pitcher. Add ice and berries. Blend smooth. Serve in a tall glass with a straw. Garnish with a skewered slice of strawberry and maraschino cherry. 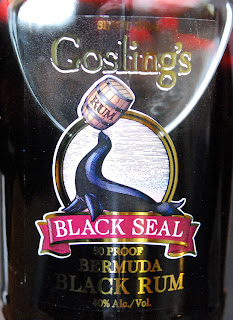 One drink that is worth a mention anytime you talk about rum is the Dark ‘N Stormy. It is made with 1 part Gosling’s Black Seal Rum and 3 parts ginger beer. This is an incredibly flavorful drink and is held up to be the national drink of Bermuda, where the rum originates. Check out the official recipe and lore at Gosling’s web site.

Leading up to the TweetChat I have posted several times with new rum drink recipes.

Last week was A Twist on Rum Punch.

Also last week I saw a tweet go by from @RumShopRyan who offered up a recipe for the Coconut Cruise Cocktail, a typical boat drink. Ryan can’t be with us tonight but said he hopes to send a picture from the beach in the Bahamas. I bet most of us will want to be with him!

Two weeks ago I posted recipe for Rum-based Hot Toddy. We sure as hell need this now with temps in the single digits in good ole New Hampshire!

I have written about rum many times, so much so I think it is more than other single styles of wine, beer or spirit. At the bottom of this post are links to my older rum-related articles.

If You're Not Drinking Appleton, You're Just Not In Jamaica - http://ancientfirewineblog.blogspot.com/2009/11/if-youre-not-drinking-appleton-youre.html

Mixology & Getting Your Guests Involved - http://ancientfirewineblog.blogspot.com/2010/05/mixology-getting-your-guests-involved.html

Boston: Wine, Food & a Molasses Flood - http://ancientfirewineblog.blogspot.com/2010/09/boston-wine-food-molasses-flood-and-rum.html
Posted by Jason Phelps at 11:17 AM

what fabulous recipes! you are truly a rum connoisseur. I drank Appelton Rum aged 15 years in a mai tai at Rumba! have you been there? You'd love it.

Delicious cocktail recipes. They look absolutely refreshing. I wish I was in "Rum Country" right now to enjoy the warmth of the sun and a delightfully delicious rum cocktail.

Can you tell I'm "snowed in" right now and longing for sun and surf and stiff drink?

Thanks for sharing Jason,
Joanne

Nice post...wish I were on an island right now drinking rum punch...