South Africa, located on the southernmost tip of the African continent and a crossroads of life going back to its earliest times. An ethnically and culturally diverse country, it is host to all sorts of examples of human life in action.

South Africa is home to some of the oldest archeological sites in the world, but is a relatively young sovereign nation. As you can imagine the region made a convenient location for ships to stop on long journeys and once valuable resources and trading partners were found in the region, its population and cultural fabric were forever changed.

In the last several decades more has likely been written about South Africa’s politics and civil issues than its wine and food. We are interested in the food and beverages here at Ancient Fire and will leave the other topics to others.

Grape growing and winemaking go back to the 1650’s in South Africa (SA) and came to the region during the explorations of the Dutch East India Company. The short story is that a governor of the region purchased an 1850 acre plot of land and set out to grow grapes for winemaking, resulting in the formation of the Constantia wine estate. After a brief lapse into disrepair the estate and its wine rose to prominence in Britain and Europe in the late 18th and into the 19th centuries primarily for its Muscat based dessert wines. A glut of grapes and wine ensued and the industry largely collapsed. Until the late 1990’s the majority of SA grapes were being thrown away and very little wine was exported. Since then the region has seen steady demand and growth with a good deal of exposure in the United States and elsewhere. 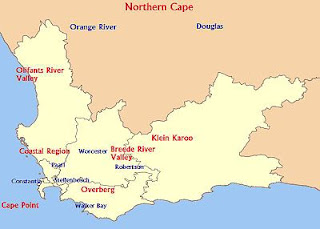 The wine regions experience mostly a Mediterranean style climate due to the proximity to the ocean, however the typical variations due to elevation and wind patterns exist. There are distinct seasons for temperature and precipitation with the potential for snow at higher elevations. Most areas have an overall climate similar to Oakville in the Napa, CA wine region. The most well known regions are Constantia, Stellenbosch and Paarl which are concentrated in the southwest corner of Cape Province near the coast.
South Africa is best known for its white wines, namely Chenin Blanc and Sauvignon Blanc. For our visit to SA we have selected one Chenin Blanc from Man Vintners and two Sauvignon Blancs, one from Themela and one from the very well known Stellenbosch label, Mulderbosch. 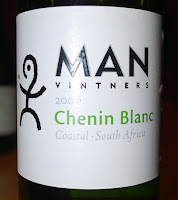 The Man Vintners Chenin Blanc (2006) presented itself as a little on the hot side with some citrus and herbal aromas. It has a medium body for a white wine and is medium-dry. 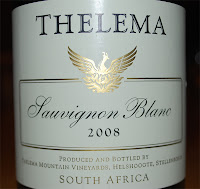 The Themela Sauvignon Blanc (2008) is very crisp and clean with grass and tropical fruits on the nose. This wine is dry, but well balanced.

The Mulderbosch Sauvignon Blanc (2007) was the highlight of the night. This wine is very crisp with aromas and flavors of green pepper. Very well balanced with a pleasant finish.

Researching the food was a definite adventure. With such a polyglot of cultures and cuisines throughout its history SA has a lot of different perspectives to experience. Amongst all of the interesting choices we selected Bobotie, a lamb meatloaf, Pap, a porridge made of potatoes and corn meal, Chakalaka sauce and Honey Glazed Dill Carrots.

Bobotie has been made in South Africa since sometime in the 17th century and it likely originated from colonies of the Dutch East India company in Batavia (Java). It is made with enough curry powder to give it some zip, but it isn’t spicy, and the fruit and nuts impart a wonderful texture. The recipe I used was adapted from one that was first printed in the book “Recipes: African Cooking (Foods of the World)” and was authored by Laurens van der Post. The link above is to a reprint of a selection of recipes from that book. We used whole grain bread instead of white, margarine for butter and sprigs of savory in placed of bay or citrus leaves. 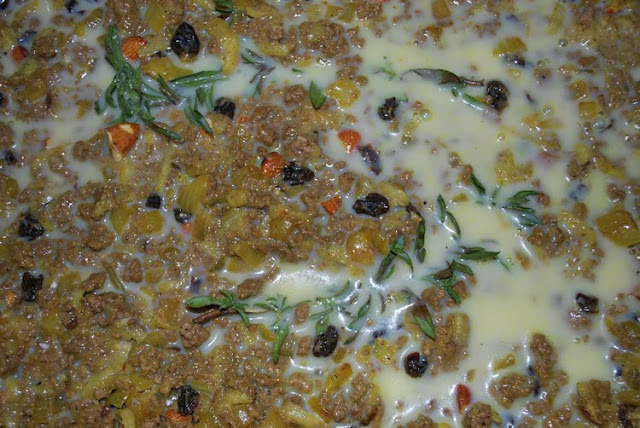 Preheat the oven to 300 degrees (F). Combine the bread and milk in a bowl and let the bread soak for at least 10 minutes.

Meanwhile, in a large skillet, melt the margarine over moderate heat. Add the lamb and cook it, stirring constantly and mashing any lumps until the meat separates into small pieces and appears cooked through. Strain to reserve the cooking fat and place lamb in a deep bowl.

Pour 2 tablespoons of cooking fat back into the hot pan and drop in the onions. Stirring frequently, cook for about 5 minutes, until the onions are soft and translucent. Add the curry powder, sugar, salt and pepper, and stir for 2 minutes. Then add the lemon juice and bring to a boil over high heat. Pour the entire mixture into the bowl of lamb.

Drain the bread reserving the milk and squeeze the bread completely dry. Add the bread, 1 of the eggs, the apple, raisins, and almonds to the lamb. Mix well. Add salt and pepper to taste. Pack the lamb mixture loosely into a baking dish, smoothing the top with a spatula. Lay the savory down on the meat and gently push it slightly under the surface.

With a wire whisk beat the remaining eggs with the reserved milk for about 1 minute, or until they froth. Slowly pour the mixture evenly over the meat and bake in the middle of the oven for 30 minutes, or until the custard is a light golden brown.

This dish came out wonderfully, although I didn’t smooth out the top of the meat enough so the custard ended up being in the dish and not on top of it. It didn’t matter, it was excellent. The choice of a milder version of curry powder gave the lamb a nice subtle spice that caught our attention right away. All three wines paired well with this dish, but there were no magical pairings.

The recipe we used for Pap came from the International Vegetarian Union in their African Vegan section of the web site.

Peel potatoes and cut into small sections for boiling. Put potatoes, water, salt, and oil in a pot and cook at medium heat with the lid on until the potatoes are soft enough to mash. Do NOT drain the potatoes when ready to mash them.

Mash the un-drained potatoes in the pot. Stir in the cornmeal and cook the mixture for about 15 minutes until done. Mix it constantly to ensure a crust doesn’t form on the bottom of the pan.

I don’t think this dish came out with the right texture, although it was edible and was greatly enhanced by the Chakalaka Sauce, which is up next. On its own this dish is neutral and didn’t pair with the wines, good or bad.

The recipe for Chakalaka Sauce was crafted from a combination of recipes I saw for what I would call an African take on Indian chutney. 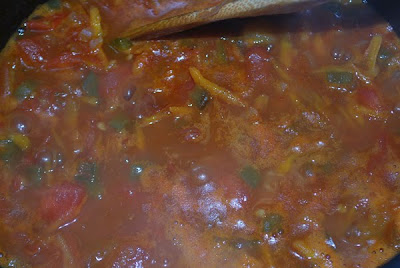 Add tomatoes, carrots and beans. Cook for 15 minutes over medium heat, stirring frequently. Add curry, chili pepper and salt to taste. Reduce heat slightly, cook for another 15-20 minutes, stirring until smooth. Halfway through the last stage of cooking I separated out one cup of the mix for a mild sauce and added more curry powder, chili paste and salt to the remainder for a hot version for me! I also chopped the whole chili, removing the seed, and added it to the sauce.

This is a great dish to experiment on, with possibilities that are pretty broad. I could easily see this being served with bread, rice or meats adding a mix of flavors and textures.

The recipe for the carrots came from one of those random recipe web sites that stumble across when looking for recipes these days. I used chili paste instead of dried flakes and fresh dill from the garden in place of dried.

The carrots came out somewhat spicy, but with enough sweetness to balance. This turned out to be a nice simple side dish for our meal. The Chenin Blanc seemed to pair the best with the carrots. 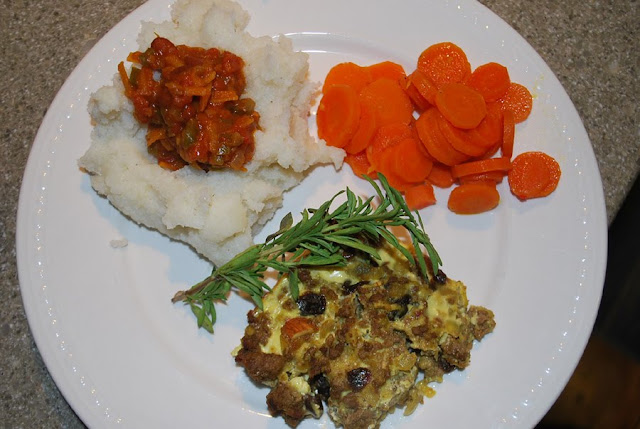 Overall we very much enjoyed learning more about South Africa, including some history and of course its wine and food. The wine and food pairings were not as successful as they were for Ribera del Duero, but with knowledge in hand there is always time to come back for a visit!

(1) - public domain
(2) - http://commons.wikimedia.org/wiki/File:South_African_wine_regions.jpg
The remainder were taken by us
Posted by Jason Phelps at 8:38 AM

Thank you so much for that brief history on SA wine! I love learning about wine. Will you be doing an entry on red wines also?

Great information on South African history. I'm a fan of South African wines, and one of my favorites is the Mulderbosch. I'll have to try the Chenin Blanc.