The first time Margot went to Old Orchard Beach with her sisters they all took the ferry from Portland to Peaks Island and rented bikes to tour the island. The stories sounded cool and the pictures were awe inspiring. Needless to say Margot and I went last year when we stayed in York. The weather was fantastic and we ended up having a wonderful time.

This year we weren’t sure if we would make it, depending on how many nice days we were going to get. Friday was our second beautiful day so we ventured to the island once again.

We left early planning to find some trek-worthy breakfast in Portland before jumping on the ferry. I did some quick research and came across lots of mentions of Becky’s Diner on Commercial Street about ¼ of a mile from the ferry terminal. The menu looked like it was from an old school diner serving all meals all day. We were not disappointed. The parking lot was full and guests were moving in an out at a brisk pace. Good signs all around. We were seated within 10 minutes and had fresh coffee sitting in front of us in another two. Margot ordered a mushroom and cheese omelet and I ordered the Hobson's Wharf Special breakfast plate hoping to try a few different things and see how they spin them. The food was cooked very well, hot and tasted great. The potatoes definitely get talked about and the Texas toast style bread for the French Toast rocked. The price was great and service was awesome for so many diners and the busy pace. We had smiles thinking about that meal powering us around Peaks Island in an hour or so. 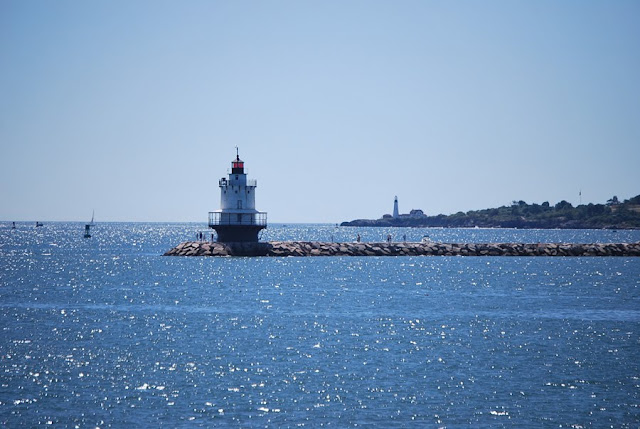 The ferry ride to the island is only about 15 minutes and offers views of the oil transfer station, an old prison, several lighthouses and whatever boats are moving about. Right up the ferry dock street are several restaurants and an inn. More on those later. Take a left and head down two blocks and rent a bike, from Brad & Wyatt’s Island Bike Service, at $10 for up to 3 hours. 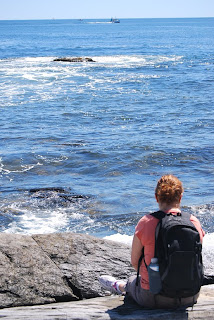 The route around the island provides an initial tour of the main village in either direction. If you head back the way you came you do reach the open views and ocean quicker, but either way you are there soon enough and the views are excellent everywhere.

My photo plan for the day was to get some nice wave splashes on the rocky shores of the island (at end of post). I snapped quite a few and got several really nice shots. We explored a few areas where the small rocks, driftwood and shells collect; pretty cool stuff! We did two circuits of the island and then dropped our bikes off and went out in search of a cold drink and a snack.

The Inn on Peaks Island sits at the top of the hill right up from the ferry and has a beautiful façade and views, both indoors and outdoors, of the Portland harbor. We settled into the air conditioned bar and checked out the beer selection from Shipyard, a Portland Maine brewer with considerable attention.

I tried two beers, the cask conditioned (didn't get the name) and the Blue Fin Stout. Margot went with Coca-Cola and we ordered some boneless buffalo chicken tenders for a snack. The quiet time before the ferry ride back was very relaxing. The ferry ride back always seems really short and we spent most of the time comment on Dixie, an obvious Jack Russell mix, sailing home with her companions. Back to York and lobster and steamer night with friends!! 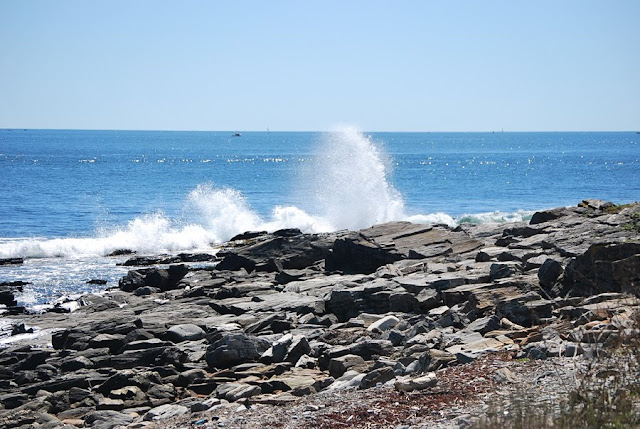 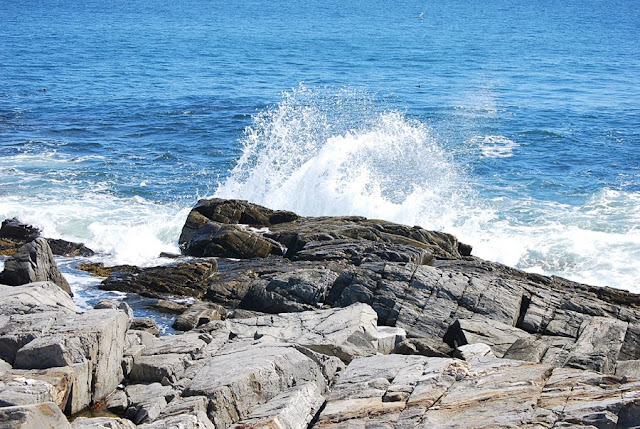 Beautiful photos! I think I'm ready for a vacation!

Looks gorgeous :) I think I'm in for a vacation too!

Glad you guys had such a nice vacation...Gorgeous photos :)