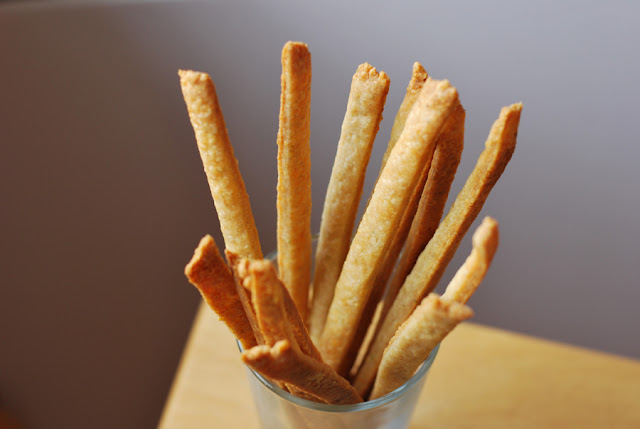 I made the cheese straws again. This time I used Grafton Village Cheese Four Star Cheddar which I bought as bulk ends at the factory store in Brattelboro. There is nothing like getting a great product at a fantastic price. It didn’t need to look pretty because I was going to cook with it!

I made both a rosemary and a red pepper version this time.

Place everything but the cream in food processor. Pulse until coarse crumbs appear. Add the cream by the tablespoon and process until the dough forms a ball.

Flour a rolling surface and a rolling pin. Separate the dough into two pieces and form each into a ball. Roll the first dough ball into a rectangle that is about 1/8-inch thick. Use a pizza cutter to cut 1/3 in strips along the short edge of the rectangle, making as many as can be. Carefully transfer the strips to a parchment lined cookie sheet, leaving at least 1/4-inch between them. Repeat with the second dough ball. 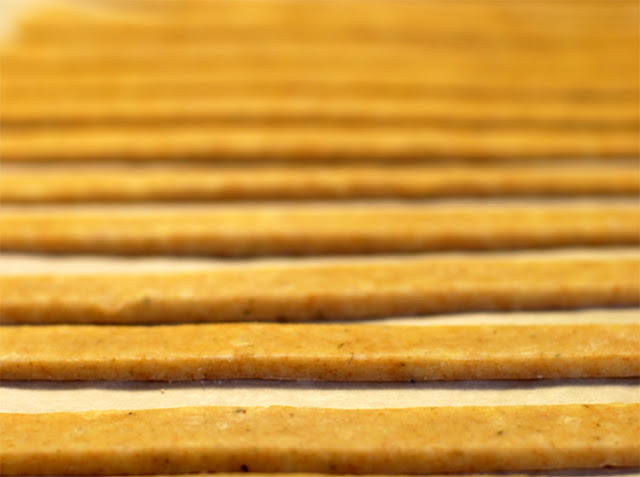 Bake the straws on the middle oven rack for 12 to 15 minutes, or until the ends are golden brown. Remove them from the oven and allow to cool on a rack.

We served these at our Relay For Life charity wine tasting and of course they were a huge hit again. I tried them with a couple different wines. The rosemary version was quite nice with my homemade un-oaked chardonnay. The red pepper version found a good partner with the Shiraz that our new winemaking friends Dave & Robin brought to share.

Cool photos and love the cheese sticks. I'm always looking for these types of snack foods for me and my kids--also doubles as a fun thing to bring as a hostess gift. Gold star on the addition of the black pepper and rosemary. I might have to try nigella and rosemary.