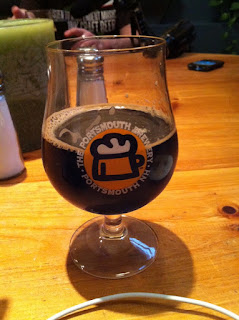 ( Kate The Great, Russian Imperial Stout )
We continue Beer Week with a guest post from a local NH beer blogger. Take it away Brian!

Hey there! I'm Brian from Seacoast Beverage Lab (www.SeacoastBeverageLab.com), a beer blog I write based in Portsmouth, NH. I come in peace and not to convert you all to beer drinkers but to cross interests and learn from you as well as you hopefully open your minds to trying some great beer. Jason and I have been talking back and forth and I asked him to write a post about wine to my beer drinking readers, introducing them (and me) to the world of wine. I hope you stop by for a good read. I am always open for comments and suggested. Below is post about one of the biggest days of the year involving beer and it happens in my town. Kate the Great Day. Enjoy! 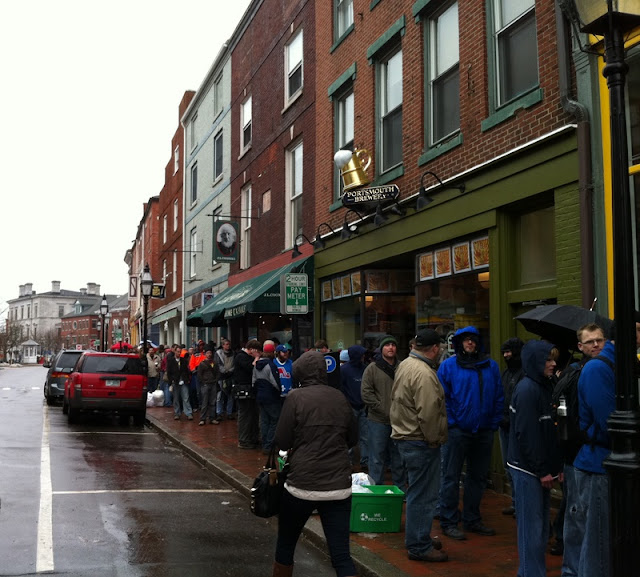 ( No, it's not the American Idol concert. It's for beer! )
One day a year, Portsmouth NH turns into a madhouse. Not it’s not the time the Tall Ships dock in town, or the first day the decks are open, it’s all about beer. I am of course talking about Kate the Great, a Russian Imperial Stout brewed by Tod Mott at the Portsmouth Brewery. Why would people go nuts over a beer on one day out of 365? Long story....

For starters and probably the most obvious, the beer is really good. I can attest that it is the best beer I have had. Now I haven’t been exposed to many of the world’s unique beers but I know a good beer when I taste one. Next is the hype. Beer Advocate, a magazine focused on reviewing and reporting on beer, in 2006 or 7 rated this beer as the #1 beer in the US and the 2nd most sought after in the world. This of course gets people to literally fly in when Kate is released. The beer is only brewed once a year for no reason other than the hype (I believe). There are so many other great beers that the Portsmouth Brewery has that they want to keep the taps rotating in and out with everything from their Milk Stout, Dirty Blonde, Wheat Wine, Saison, Winter Rye, Wild Thang and their ridiculously hoppy and good 5C’s IPA, and many many more. 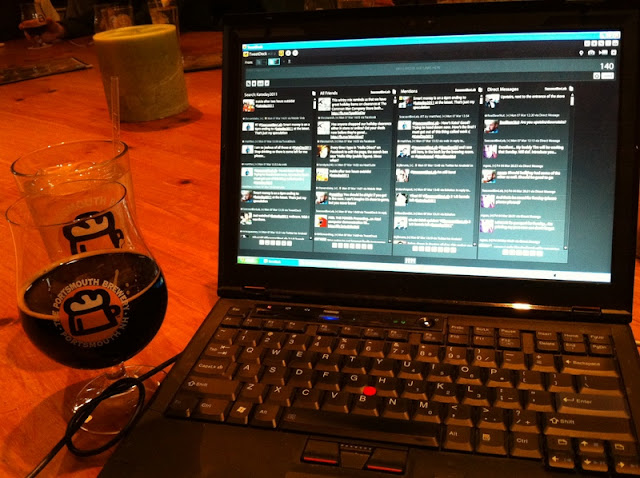 ( Ahh, the food & beverage bloggers workspace! )
I had the opportunity to be in the thick of it this year for Kate Day as their official live blogger. In previous years people would line up as early as 12am to have the chance at purchasing 1 or 2 of the 900 available bottles. This year the game changed as they released 10,000 scratch tickets at $2 a piece with a chance to win one of 900 bottles. The beer community was a little shaken up, but it didn’t stop the hype. 12am on the dot, 2 people were in line waiting to be the first to taste Kate the Great from the taps. By 9am there were about 200 people in line and when the doors opened at 1130, the lined wrapped around the street and into the public garage, a real sight to see. 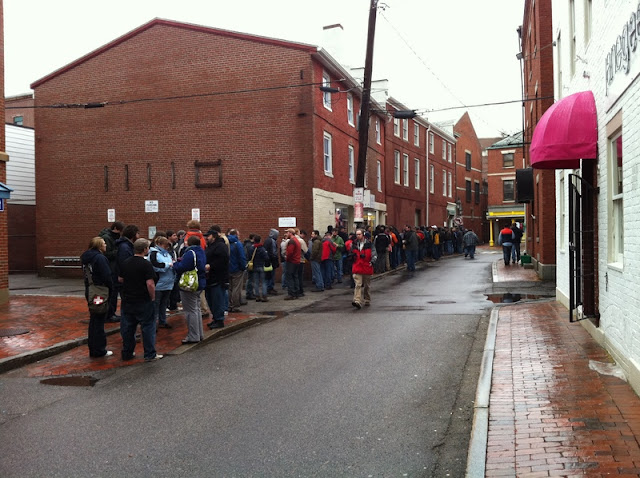 Talking to people trying it for the first time, the response is identical, they love this beer. Some people take it more serious than others, but those willing to make the trip have a story to tell. It truly is a great beer and a beer event worth getting up crazy early to go to. 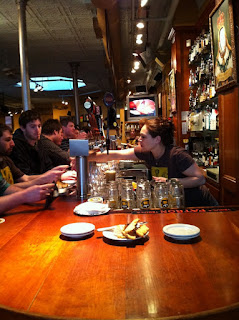 ( Getting ready to pour the new batch. ) 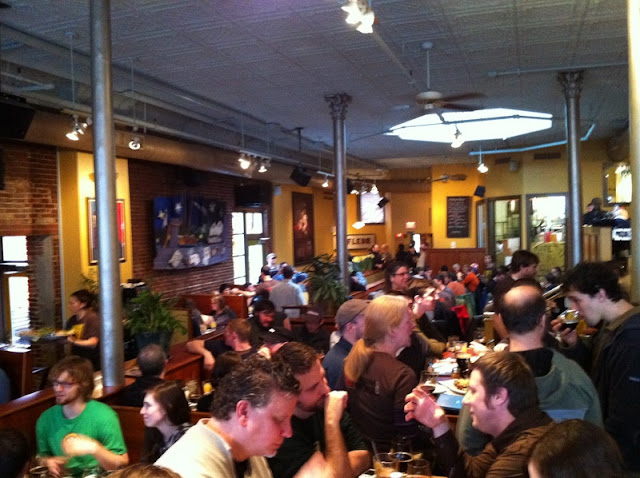 ( A hopping bar in the middle of the day! )
As a wanna-be wine drinker, I wonder to myself what is the Kate the Great of the Wine community? Do you all take wine as seriously as beer drinkers? I am as far from a snob as possible but I take great pride and appreciation in the work that goes behind a great beer. What makes wine so “great”?

Check out my live coverage of this year’s Kate the Great day here: http://seacoastbeveragelab.com/kate-day-2011-live-blog/

Thanks for reading wine drinkers!!

Brian
Posted by Jason Phelps at 7:28 AM

Live blogging Kate the Great Day is the coolest thing I have read about in a long,long time. We love the Portsmouth Brewing Company. Both the beer and food are great, but I don't think we have enough gumption to head out to this festival.

Impressive. I am not a beer drinker per say, but I think you've talked me into giving this a try. Thank you, Brian!

Thanks for the comments!