A Toast to Beer Week 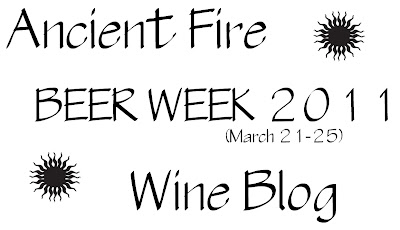 I was bouncing around in a local Barnes & Noble a couple weeks ago on a mission to buy a gift for a friend’s daughter. As I walked by a section of books of local interest a book with the title “Brewing In New Hampshire” caught my attention. The book is a collection of pictures and historical information about the craft of brewing and its roots in the state. How cool!

It seems fitting then that I would finish Beer Week with reflection on the history of brewing in NH and give a nod to some of the breweries who carry this tradition forward in the 21st century. To do that justice I also offer my review of a wonderful and unique beer from White Birch Brewing, a relative newcomer to the NH brewing scene.

Strawberry Banke (Portsmouth) was the most likely location of the brewing of the majority of beer consumed by early colonists to what would become the state of New Hampshire. It was there that Capt. John Mason maintained stores that sold provisions, including malt. This was around 1635.

According to the book it isn’t known for sure who the first person was to brew beer in the state that was not also operating a tavern, the source of most beer available into the 1700’s. The credit is given to William Pottle Jr. of Stratham who made his brews available to several taverns in operation at the time. This was just before the American Revolution.

Fast forward to the mid 1800’s, and then into the 20th century, with the Frank Jones Brewing Company. Frank Jones is described as a business savvy and enterprising guy who became the most successful single brewer in the history of the state. At its peak the brewery’s production topped out at 165,000 barrels.

Considering all that Frank Jones accomplished at the time that he did and adjusting for current value, those are ultimately some big shoes to fill.

In the ten years that I have lived in New Hampshire I have enjoyed beers from many of the breweries in operation in the state, and have been lucky enough to be an early drinker of some of the newer one to come online. While I haven’t visited the all (trust me I am working on it) I have found so many great beers produced right here in my proverbial backyard. Last year at the NH Brewers Festival I had my first tastes of a great IPA from Flying Goose Brewing and a cask aged Imperial Stout from Moat Mountain Brewery.

My favorite new brewery in the state is White Birch. I remember buying my first bottle of their Tripel at Jasper’s Homebrew & Retail shop in Nashua a few years ago. The yeasty aroma lifted off the white head in my tulip glass. The spiced and bready malt flavors were wonderful. With a higher ABV than many commercial beers one bomber was enough to bring a smile. I was hooked!

My Review of White Birch Indulgence

This beer pours pitch black with a dark brown head that dissipates at a moderate pace. Aromas of coffee, dark chocolate and coconut emanate from the glass. The sweet & roasty aroma is one of the most pungent I have ever experienced. The fine carbonation helps to circulate the dark roasted chocolate malt flavors around the mouth. The depth and intensity of those flavors really is amazing. This is more than a porter and more than a stout which is exactly how it is described at the White Birch Brewery web site. This is a truly delightful beer, and an indulgence, one that I would not drink every day but will surely miss when I want it and there is none to be found.

I made a version of my Cherry Bomb (cherry cider and stout) cocktail with the beer. I didnt use a lot of the beer since I mean no disrespect, but it is just that damn good that I had to. It is definitely the richest and most exquisite incarnation of the cocktail that I have ever made.

One brewpub that I haven’t gotten to and hear great things about is the Portsmouth Brewery. I am hoping to make a trip out there next weekend and try the beers and the pub food. With luck my plans will stick and I will share my food and drink review with you the week after.

Do you know your own local beers? What local styles do you enjoy and do you seek out local beers when you travel elsewhere in the world? Share your stories in a comment.