( Our final lineup, 15 in total! )﻿
When I saw that Wines of Argentina had organized a Malbec World Day to celebrate Malbec and its world-wide history I was overjoyed. Last year at this time a group of us with April birthdays got together with our wives and enjoyed a flight of Malbecs with a meal. The wine was my muse for my upcoming project to make a Malbec, which is coming along well, but the quality is yet to be determined. This time around would be a celebration taking into account multiple locations where Malbec-based wines are made. 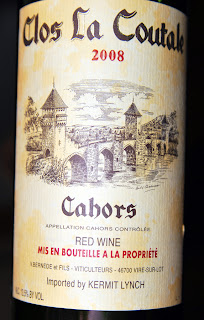 The Manchester Area Wine Lovers Meetup.com Group is a fantastic bunch of wine loving, interesting, knowledgeable and enjoyable people who live near us. We invited them to our place last July to meet some of our winemaking friends. We had a blast then and this newest occasion proved to be even better. 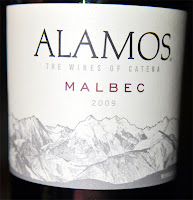 We had eleven Malbecs on hand by the time everyone arrived. There were two duplicate bottles, a fact I found refreshing in an area that doesn’t always have the best regional wine selections! We enjoyed a range of vintages from 2007 to 2010 and producers in Argentina (9), California (1) and France (1) were represented. There was a range of styles from very dry and austere to juicier and fruiter, something that makes you think of more casual appreciation.

Margot and shared selections from Argentina, France and California, including one in a Tetra-Pak. I also included a bottle of my own Chilean Malbec from 2010. I found it to be too dry, but others disagreed. Deli sliced London Broil, Cajun Crab Dip and cheese & crackers rounded out our starting spread. Guests also provided some of our amazing food items to pair with the wines. We had risotto, curried lamb empanadas, quesadillas, deviled eggs, cured meats, kabobs, and multiple cheese spreads. People know how to party in this group! Margot and I went heavy on the meat in consideration of the classic Malbec pairings, and others seemed to do the same. Bravo! 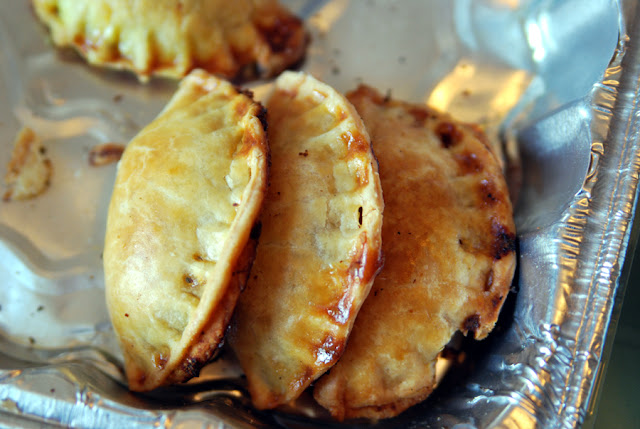 ( I think these had curried lamb in them! ) 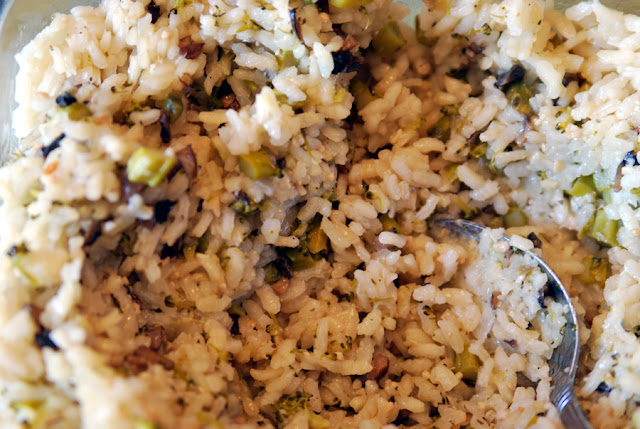 ( Margot headed for this as soon as she saw it. Gabriel knows his stuff to be sure! ) 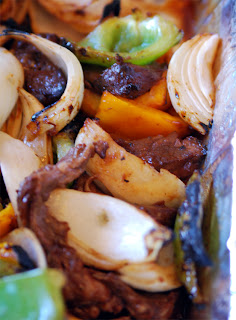 ( The marinade with citrusy and sweet. I ate the leftovers for lunch yesterday! )

My absolute favorite was the Ruta 22. It had depth, powerful aromas and flavors that made me take notice of it. I found berries, earth, and a great balance of wood. It paired wonderfully with both the London Broil and the steak tips.

I think the Y+B might have been past its prime and my own Chilean version was underdeveloped, and maybe permanently so. The Gato Negro seemed young, and a bit acidic, to me as well. The feedback from the others on the Y+B and Gate Negro was similar.

The Clos Las Coutale from France was very interesting, one that Chris and I talked some about. I had heard the term rustic used to describe it and it made me think less about quality and more about the tradeoff between polish and power in the greatest artisanal products. This proved to be profoundly true. It was clean, great tasting and rich enough to appreciate, but not elegant in the wrong ways.

The Graffigna was polished and hefty, but it seemed to drift away too soon. Hints of charcoal made me think of exotic circumstances. The Trapiche and Alamos are familiar and performed as they typically do. Both are good values and great cooking wines too. I would drink them so I would cook with them as well. The Richard Santos Malbec was a good central spot with fruit and earth in a good balance, very dry and with a lengthy finish. The Vintners Cellar wine was an interesting one to review. It was quite good and actually contained the fruit that I felt mine lacked. It was equally earthy and woody, but it had just a little something more. Something to consider I guess.

One of the other notable pairings was the Red Rock with the dark chocolate fudge. The fruitiness in the wine was the asset with tart raspberries mixing with the chocolate.

I had some Malbec facts and trivia on hand which made for great fun at several points during the afternoon. I have often thought it would be fun to train to be a wine educator and I realized this week that I already am doing it. Here’s a link to a PDF, Malbec Facts, with the information I compiled. There was a lot learned and the conversations about wines found in travels near and far are always welcome. Everyone enjoyed themselves and I am sure more good times are in store for this group. I can’t wait to talk wine with them again soon.

A few hours into the party we took a tour of the “wine cellar” or our wine in the cellar as we say it. I asked if anyone wanted to try some more homemade wine and I got the expected answer, “hell yeah!”
I opened up Strawberry, Plum Riesling, Jalapeno and Dandelion. These are our signature dessert wines from the last couple of years and really reflect the area where we live. Gabriel had the most humbling words, and I knew this from a past conversation, that for someone who isn’t fond of dessert wines, that all of them reminded him of what he was told they were, they all tasted good; to the point of making him change his mind about the potential for these types of wines. I can’t be anything but so pleased to hear something like that.

We signed off with a group shot. What a great day! 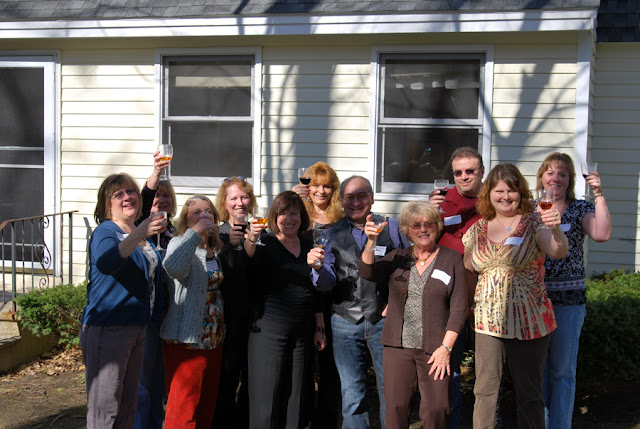 
Jason
Posted by Jason Phelps at 7:58 AM

Looks like a fantastic time! Glad to see it was such a success!

What fun get together enjoying wine and good food. Spectacular. Looks like a lot of fun.

That looks like so much fun!
Every time I read your blog, I am tempted to pop open a wine bottle and enjoy it all by myself. :))
Now I'm thinking about those empanadas with a glass of wine....yum!

We did have a great time. So much wine, so little time!