Luck smiled on us last weekend while we were at the house in VT. Early spring weather can be iffy up there, but not on this visit! Saturday brought a warm sunny day, good enough for a leisurely walk and a visit to the local farmstand.

We’ve written about Dutton’s several times before. It is the go to place for fresh produce and fresh baked snacks on the way up or way home from VT. Once you get hooked on stopping at Dutton’s you find yourself planning to be there every time you are in the area.

This time of year is sugaring (maple syrup) season in northern New England. They were between batches at the Dutton’s sugar house, and with the cleaning going on I tried to stay out of the way. I did snap a few pictures that get you thinking in the right direction. 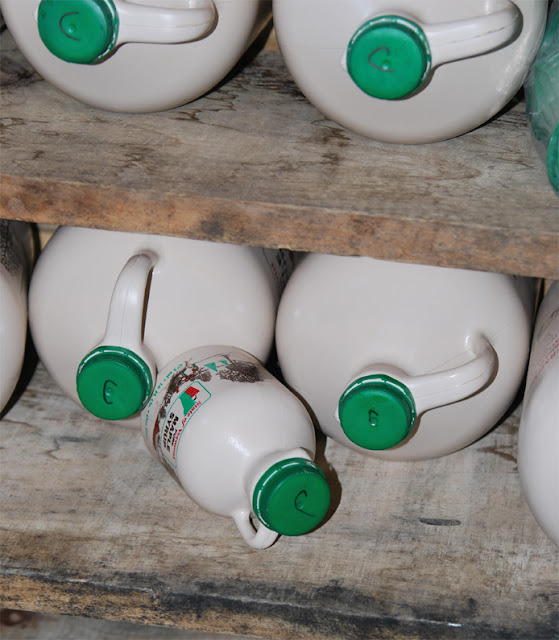 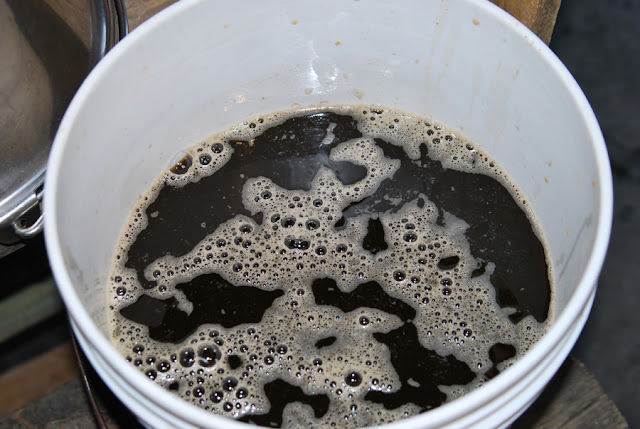 ( This is the tail end of the last batch, it gets filtered to remove the crystals before bottling. )
All the animals were showing the humans how smart they are by getting out and enjoying the sun. The geese were doing quite a bit of posturing since they had recently hatched goslings. They weren’t too jazzed about the tall guy with the camera. The goats on the other hand couldn’t have cared less that we were lurking about. They were sitting in the sun, cleaning and chewing their cuds. Nice life! The donkey was the star of the show for us though. She was reported to be very shy and didn’t typically let people pet her. I guess she sensed we were good, loving, animal people. She came right up the fence and loved it when Margot scratched her neck. She was so cute! 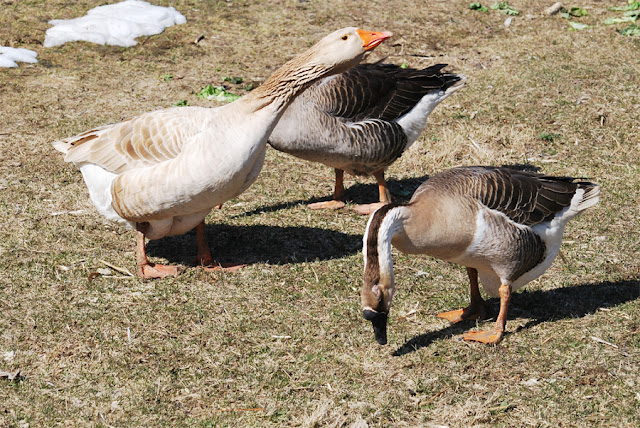 ( Geese can be nasty so I didn't push it. There is a fence in front of me that was cropped out! ) 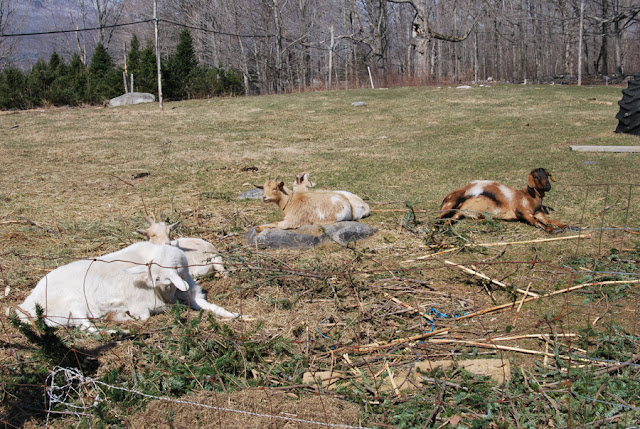 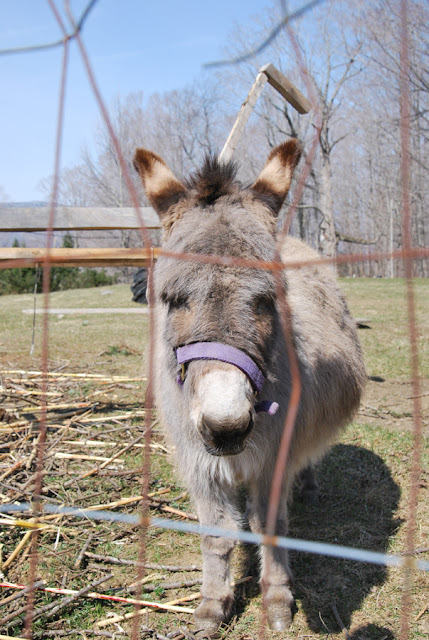 ( I wish she could talk. I'm sure the conversation would have been fun! )
Inside we found legions of maple syrup jugs filled and ready to take home. We are almost out of real syrup so we picked up a quart. We also noticed something that we thought for sure was new, but we found out we just hadn’t ever paid close enough attention for. Imported olive oil and 12 year aged balsamic vinegar! The bottles available are refillable and after a taste of the vinegar we were sure we were going to take some of that home. It reminded me of the balsamic vinegars I tasted at Salumeria Italiana in Boston. So rich and thick! They were out of oil but told us to call ahead when we were in the area next and if they have some they will set it aside for us. Will do. 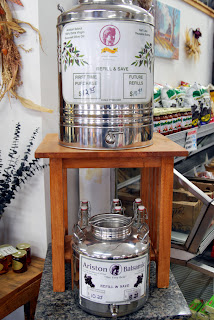 ( Ariston's Refill & Save Program for small retailers. Pretty cool! )
One of the things I was on the hunt for was honey. I made mead one time back in 2008 and have been itching to try it again. Using a local honey makes sense for me for a couple of reasons. Generally the local small producers make a pure natural honey with minimal processing and filtering. That purity comes through in the artisanal products I make. Secondly the price is based on limited transportation and that limited transport lowers the environmental footprint. I was in luck to come across three 3 lb containers of pure honey from Young’s Bee Farm in Wardsboro, VT, only about 10-15 minutes from our house. That will be enough honey for me to make a 3 gallon batch of mead, which will be flavored with Madagascar Bourbon Vanilla beans and orange extract, a creamsicle of sorts. 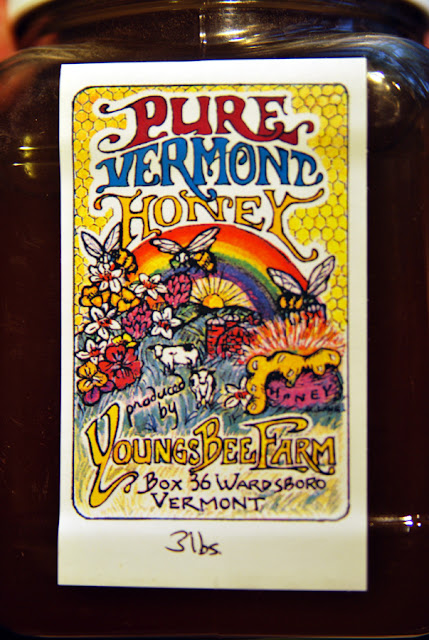 ( You will soon be mead for later summer drinking! )
Margot picked a blueberry muffin for a snack and we were on our way. I left with such happiness about spring having finally arrived. When we arrived back at the house we went for a walk and then sat out on the deck in the sun for a couple of hours!

Jason
Posted by Jason Phelps at 10:43 AM

I love reading your posts! I'm a huge wino and am always trying new flavors :) So glad Spring is finally here as well, time to head out to those wineries!

Oh my, how have I never heard of Dutton's?!?

I just looked at their website and am definitely visiting them the next time I'm close to their store! It looks like they carry all my favorites including baked goods, local honey, creamies and maple syrup.

(And speaking of maple syrup...last weekend I ran past a sugar house making maple syrup and the air all around smelled of fresh maple sugar. It was so amazing, and another reason I love New England and Vermont!)