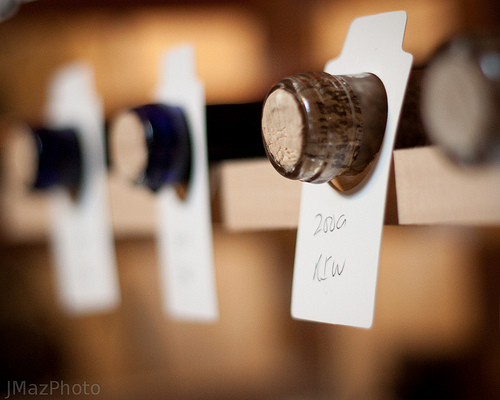 Despite currently running on a generator no harm has come to any of our active wines or ciders, and the wine cellar is well protected. I say that like I have been sitting in a rocking chair with a 12 gauge at the cellar door. Not exactly. I’ve been drinking from it pretty regularly so I know it is safe! Because we are a pretty low tech pair of home brewers and winemakers the only thing we haven’t been able to do is use the dishwasher to clean more bottles to fill with the remainder of the 2010 reds. That will have to wait. So what have we been up to?

This past weekend saw Ancient Fire creations judged in the 6thAnnual Northeast Regional Homebrew Competition. Our entries included six beers, Maple Brown Ale, two different hoppy Pale Ales, two Stouts and an Orange Wit. Also vying for some love were our Orange/Vanilla Mead and Hard Cider Batch #4 from 2009. When the results came in there was significant cause for celebration. For our first ever beer win Margot took home 3rd place in the Stout category with her Foreign Extra Stout! It really is one of the best beers to have ever been made at our house, and those results back that up for us. We also took home 2nd place for our Cider and 1st place for the Orange/Vanilla Mead! Keep an eye out for more information on where the recipe for this mead might be going real soon.

The 18th Annual Amenti del Vino Amateur Wine Competition was judged over the weekend as well and we had a total of 10 entries submitted for that competition. The results haven’t been posted yet, we suspect the freak storm that affected CT where the competition was held might have delayed the posting of the results.  We’ll announce any results for us as soon as we have them.

So with the wins earlier this year for our wines 2011 stands as the most significant year for our home brewing and winemaking projects. Not only have we made wine, cider, beer and mead all in the same year for the first time, we’ve also been recognized in each category in various competitions as well. Thinking back to when I started I can safely say I never imagined I’d be able to say something like that.

We have been busy lately (or more so I have been, Margot is planning a couple brew days later in the month) moving wines from 2010 and early 2011 to the bottle and wrangling new batches of wine juice and cider.

Recent additions to the 2011 lineup of wines includes Riesling, Gewurztraminer, Strawberry/Riesling Amarone, and Zinfandel. All of these wines are well underway and should make their tasting debut sometime in 2012 and beyond.

Getting in on the group cider buy with the Brew Free or Die (BFD) club ended up being a great idea. I got more cider for less money than in past years! I have four buckets of cider going, with three different recipes. Two of the buckets are a traditional cider (albeit higher in alcohol as I prefer it) and one will likely be my return to attempting to make a sparkling cider. I’ve made a mess of that technique in the past and skipped it in 2009 to avoid losing any product. The other will be made still and should come off as a typical dry, light cider. Another batch saw the addition of a gallon of B grade maple syrup and is being fermented with Trappist Ale yeast. I expect some nuance in the final product from both the yeast and the maple syrup. The last batch is my first Cyser, apple honey wine, and is happily fermenting away with 8 pounds of honey from the Milford, NH area, cinnamon sticks and Sweet Mead yeast. So far it tastes wonderfully spicy, much like apple pie filling.

We’ve been busy, but we ain’t done yet! Margot has plans to brew an Oatmeal Stout and I a Red Ale with rye in a couple of weeks. These will be our last beers of the year, making a total of eight, and the most beer we’ve ever brewed in a year.

I also have another mead project in the queue, with 24 pounds of honey on the way. At a minimum I know that I will be making a Blueberry melomel (fruit mead) and a Cherry/Black Currant melomel. I am also considering another methleglin (spiced mead) and potentially a braggot, which is a mead brewed with malt and hops, a honey beer if you will.

My final project will be a maple dessert wine using the second gallon of syrup I sourced from Ben’s Sugar Shack in Temple, NH. I’ve had mixed experiences with maple syrup in the past so both the cider and the maple dessert wine will require time and patience to ensure the fermentation is complete and no exploding bottles are created!

With all the excitement round we surely plan to do some celebrating during the upcoming holidays. I’ve been surveying some of the 2009 white wines we still have on hand and am finding several unexpected delights. Those will be some of our showcase wines for Thanksgiving and Christmas.