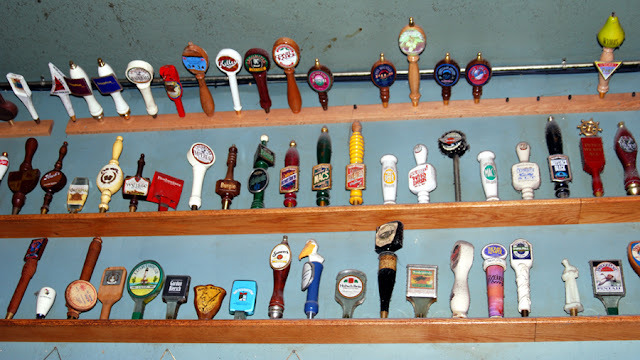 Toronado is a beer bar. They have over 100 labels in stock between casked, kegged and bottles. You go there for the beer. Located on Haight Street. 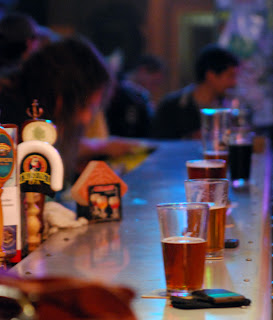 Toronado is a dive in the most sincere sense. Is isn’t pretty, is just clean enough and is organized in the most utility of ways. One long bar with tables opposite and a small side room containing booths and small tables. It is what it is and because they have the kind of beer selection they do you are able to go there and have fun. I did! Margot will know what I mean when I say there “was shit all over the walls”. Shenanigans!

There was loud music playing, sports on the TV and patrons can bring the food from the shop around the way at will. It even kind of had keg party vibe, and again, in a good way.

I took a post at the end of the bar and doubled up, one pint of Pliny the Elder and one of the Sierra Nevada Torpedo. Ending with a hop explosion sounded like the best way to go out. My next adventures in the area were taking me to wine country so I needed to live it up! 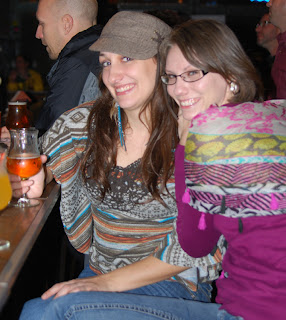 The two beers are big on the hops with the Pliny taking the winner for nose. The fruity and sweet nose had a large hop presence that wasn’t as aggressive as I would have expected. The Torpedo had this biggest hop flavors but in the end the Pliny had the best balance. For a bit I just chilled out over my beers and checked out the scene.

The seats next to me filled up and I briefly met a couple of neighborhood partiers. Used to live near here, favorite place, live somewhere else now, etc. You can get pretty well in the bag around here without much effort it seems. No wonder some people love it so much.

I killed my beers and stole off into the night. Or more simply, to catch the bus. The ride back to Union Square was uneventful and the walk back to the hotel would have been if someone hadn’t tried to lift my wallet. I got to my wallet and his wrist before the damage was done. He was promptly told he didn’t want to do what he was doing and should scram. Several people in the crowd at the crosswalk echoed my feelings and he bolted. No harm came to anyone or my wallet!

I hope you enjoyed my trip around a few of the beer spots in San Francisco. There are many, I picked just a few and likely didn’t get anywhere near a list of “best of’s” if a poll was taken. But I ate and drank well, had good fun and met some pretty cool people. Not bad for a few days “work”!